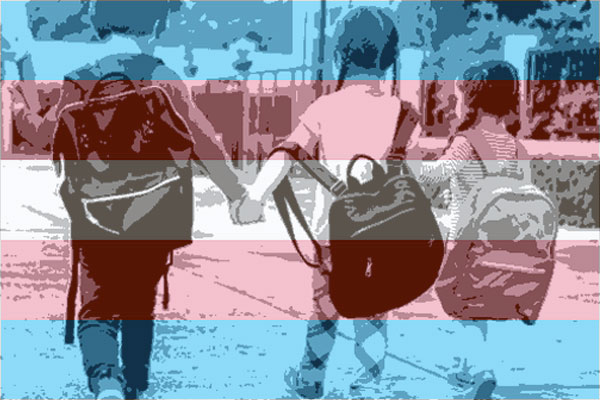 For many kids, the beginning of a new school year sparks nervous excitement. For trans students and their parents, however, the experience may be a little more daunting. Fortunately, the Esperanza Peace and Justice Center has been keeping the needs and concerns of trans students in mind since 2016. It is hosting its third annual Son Tus Niños También: Trans Kids Back to School event on Saturday, August 18.

In a press release, Esperanza cites the Texas bathroom bill that nearly passed in 2017 (SB6) and last March’s military ban on trans people as recent examples of anti-trans hostility on state and national levels.

Esperanza knows, however, that change begins on the local level. “We want to create a safe space to share the experiences, concerns, and visions of parents of trans kids and trans individuals so that the community can get different perspectives of what is happening here in San Antonio,” they explain.

The event aims to facilitate a dialogue on “how to best include, respect, and protect trans youth in schools.” Hosted by the Queer Corazones de Esperanza, it will feature school administrators, counselors, and legal experts discussing the treatment of trans students in schools and their legal rights.

Dr. Kimberly Ridgley, director of counseling for the Northside Independent School District, will be the keynote speaker. Lauryn Farris will moderate and ACLU attorney Kali Cohn will also speak. In addition, the event will highlight the voices of local trans students and their parents.

When the the Supreme Court of the United States ruled on June 26, 2015 that the fundamental right to marry...