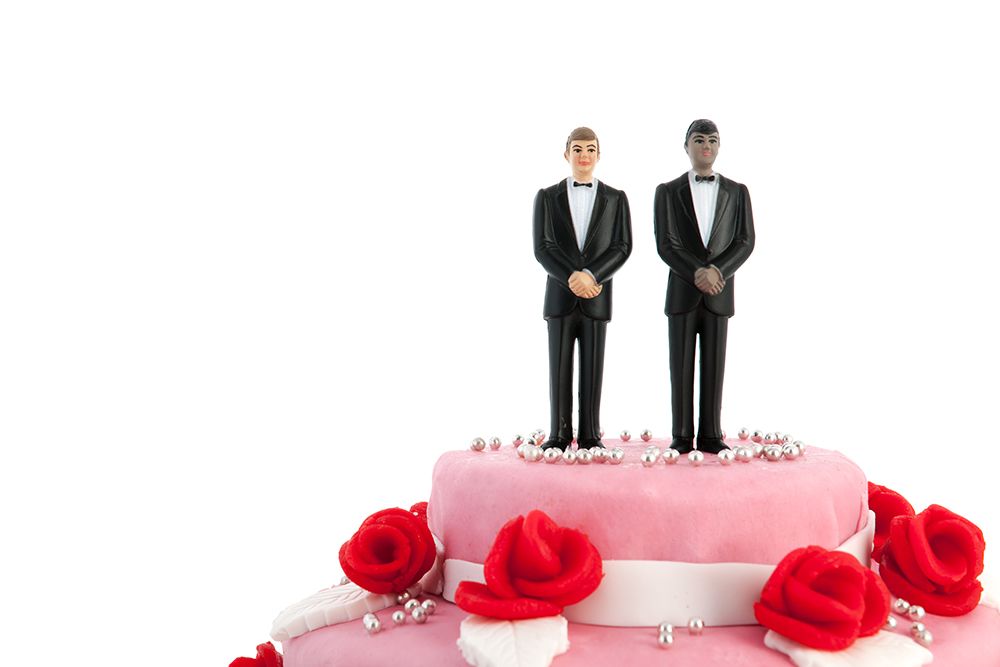 This may be a shock to some of our friends, but we have decided to wait to get married!

Well, okay, in our minds we have been married all this time: Ten years to be exact. I mean “exact,” as we recently celebrated the 10th anniversary of what has to be one of the most sultry nights on record in the history of the Deep South. On that fateful evening in late August 2005, my husband and I gathered with 150 of our friends at Founders Garden on the campus of the University of Georgia to get hitched. Sure, it lacked the legal gobbledygook, but we more than made up for that with traditional vows and pageantry, preceded by lots of Jack Daniel’s Lynchburg Lemonade to loosen up and cool off the crowd, followed by karaoke late into the evening to keep them laughing and talking about the night for years to come. Sisters, brothers, aunts, nieces, and cousins joined high-school pals, co-workers, and even my best softball buddies for what felt like a traditional marriage in every sense of the word. But of course it wasn’t in one key way.

We had surprised each other the previous Christmas by proposing “marriage” as our gift to one another. That garden had been the site of one of our first dates—it’s also home to the oldest official garden club in the U.S.—so we quickly checked their calendar to find the next available Saturday. It was not until August. We knew that meant humid days with temperatures in the mid to high 90s; we opted for an evening service and prayed for a breeze.

We were anxious to get this done—not only because we were in love but because we knew we planned to have children in our lives soon. As sons of the South steeped in social protocol we wanted them to be legit, so we had to be married first, right?

Indeed, months following the wedding, two boys entered and forever changed our lives. One of the first questions asked as  “instant family” got to know each other: “Are you guys married?” Um, sort of.

Over the years, they have seen our wedding pictures and wished they could have been there. Indeed. If only. As they grew up and became more socially and politically aware they began to ask smart questions about same-gender marriage, often defending it to school classmates programmed to assume it was wrong. We said, “some day,” and they replied, “of course.”

After almost two decades fighting for LGBT rights, the Supreme Court’s June decision effectively legalizing same-sex marriage was surreal to me. I was traveling from rural South Carolina, where I’d been visiting my older son, to very gay San Francisco, for work. I cried as I left my son, who had just graduated from Army Basic Training. His hugs never felt more real and powerful. I reflected on the pace of social change as his two gay dads were introduced to his drill sergeant, and warmly received at that. But a week before, a seriously troubled lone gunman about my son’s age had killed nine African-American community leaders in a church, igniting a national debate about the meaning and future of the Confederate flag. My taxi driver from Ft. Jackson to the airport preached state’s rights, the misunderstood Confederacy, and Southern independence from the the menacing Big Brother in D.C. I chose not to engage, slipping peacefully onto a flight that would carry me from East Coast to West Coast by midnight.

The next morning I awoke to television reports about the legalization of gay marriage. I had flashbacks to ACT UP protests in the 1980s, Cracker Barrel demonstrations in the 1990s, and knocking on doors to persuade people to vote against a state-constitution ban in 2004.

In the glow of that morning’s Facebook rainbow makeover, it seemed the country had suddenly gone gay crazy. The city below my hotel room exploded in celebration. Horns honked, rainbow flags ranging in size from six inches to 60 feet unfurled everywhere, and police closed streets in the Castro, anticipating a giant, spontaneous street party. And what a party it was. After so much fighting and waiting, begging and praying, there was nothing but joy everywhere.

Back on the East Coast, our eldest had been moved to a new base in Virginia and our youngest was spending time with his grandparents. In phone calls with the kids the inevitable question came quickly: Well, when are you going to get married?

We debated the question, and though our friends were rushing to courthouses across the nation, we decided to wait. After all these years, what’s the rush after all? It’s just housekeeping at this point—albeit important housekeeping—right? We had a much more important reason for waiting, however. It’s not just about the two of us as it had been 10 years before. It’s about the four of us now. There was no way we could seize this day without our boys being part of it. So, we decided to wait until our eldest son can come home to us for Christmas.

To think: Ten years ago, what a Christmas gift my husband and I had given each other. And this next Christmas we can finally make it official with our full family, our two great sons standing in as our best men, indeed.

The San Antonio LGBT Chamber of Commerce is planning to celebrate the the 27th anniversary of National Coming Out Day...