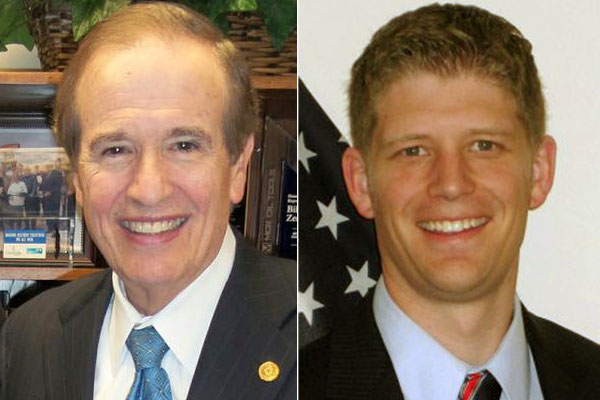 The State Affairs committee of the Texas House of Representatives has scheduled hearings on April 17 for what Equality Texas is calling “the two most extreme anti-LGBTQ bills filed this session.”

The first bill, HB 1035, which was introduced by Rep. William Zedler (R-Arlington), grants special rights to discriminate for people who hold the belief that marriage is between a man and a woman, and gender is immutable from birth.

Zedler’s legislation would affect employment, housing, healthcare services, gender expression in the workplace and in school, and the issuance of marriage licenses.

The bill says “governmental entities” could not punish businesses or individuals who deny services to transgender people and same sex couples if doing so would violate their “sincerely held religious beliefs or moral convictions.”

Those moral convictions, as stated in the bill, are that “marriage is or should be recognized as the union of one man and one woman; and the terms ‘male,’ ‘man,’ ‘female,’ and ‘woman’ refer to an individual’s immutable biological sex as objectively determined anatomy and genetics at the time of birth.”

The bill would allow schools and businesses to establish “sex-specific” standards or policies concerning “employee dress or grooming; or access to access to restrooms, spas, baths, showers, dressing rooms, locker rooms, or other intimate facilities or settings.” Additionally, the bill would allow the refusal of medical services to transgender people.

The second bill, HB 3172, which was introduced by Rep. Matt Krause (R-Fort Worth), prevents any governmental entity from taking action against a person acting on a ‘sincerely held religious beliefs’, including ‘beliefs on marriage’.

In explaining the bill, Equality Texas warns, “In other words, a person who blatantly practices discrimination cannot lose a government loan, contract, public university admission, accreditation or professional license, as long as they claim a ‘sincerely held religious belief.'”

Equality Texas believes these bills can be defeated if enough people come to the hearing and testify against them. Those who testify will be supported with talking points and instructions.

The State Affairs committee will meet at 10:30 a.m. on Wednesday, April 17 at the State Capitol in Austin in room E2.014. Equality Texas is asking those who would like to testify to contact them so they can keep track of those who will attend. Use this email address ([email protected]) to notify them that you’re interested in attending.

Equality Texas also has a template on it website where the public can compose a letter asking members of the committee to vote against the bill. Use this link to send a letter.

Steve Adler, the Mayor of Austin, Texas, threw his support behind Pete Buttigieg for president at the launch of the...