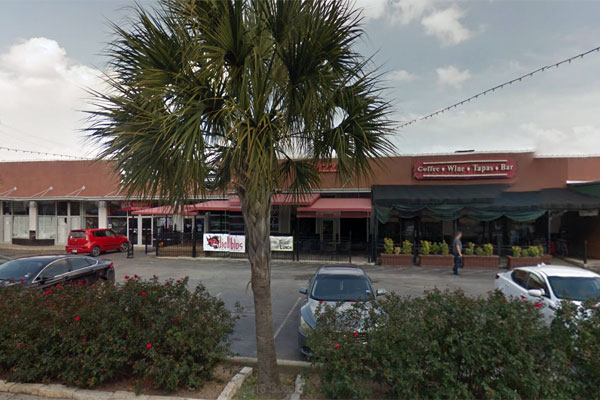 In a series of Facebook posts on October 3, an individual said that he was was driving down to the Main Avenue Strip with a gun writing, “its war bitches an no one is safe on the strip.”

The Strip is the epicenter of LGBT nightlife and culture in San Antonio. The threats came on a day when the tragic shootings in Las Vegas were still fresh in everyone’s mind. The Facebook posts began appearing on the profile of Rod Lamar (whose real name is Roderick Lamar Robinson) during the late afternoon. By early evening, a sense of panic among local LGBT Facebook account holders had taken hold as the posts were shared over and over again. Many were warning friends to stay home and avoid going to the Strip. Some reported the posts to the police.

In the posts, which were filled with spelling errors and slapdash syntax, Robinson said he was “high on ice” (crystal meth) and he was driving to San Antonio from Oklahoma to settle an unnamed score. “I’m a big time street guy an will be ready guns loaded I’m doing ice so I’ll be up for days an will shoot anyone who comes back over here an I will drive down the strip I will find out who did it an will kill all of you on sight . . .” It appears that Robinson lived in San Antonio for a time and moved back to his home state of Oklahoma. His Facebook page indicates he is from the town of Spencer.

Robinson’s posts fluctuated from threats to despondency. In many of them he said he missed going to the Strip. In one post he wrote, “Im so heartbroken over a strip I gave my all to ok I came out 55 nights in a roll gave my all to a place that I fell in love with an wanted to be there forever.”

At around 9 p.m., Joey Palacios, a reporter for Texas Public Radio, posted on Facebook an email he received from San Antonio police regarding Robinson’s posts: “SAPD is aware of the threats posted to social media and we are investigating. We have taken precautionary measures to include notifying the businesses in the affected area and implementing additional security measures to ensure public safety.”

As it turns out, Robinson was not on his way to San Antonio but still in Oklahoma. In an email reply to an inquiry by Out In SA, Ramona Lopez, a public information officer for the SAPD, wrote:

“Robinson allegedly travels between Oklahoma and San Antonio, TX. It was established that Robinson was currently in Oklahoma City. The information was forwarded to Oklahoma City Police Department for their assistance. Robinson was contacted and placed under arrest for OKC PD for Oklahoma Statutes 21-SS 1268.4 Terrorism Hoax and Bexar County active warrant 1619142 – Possession Marijuana 0-2 oz. Robinson will also be facing a new charge in Bexar County for Terroristic Threats Government/Public.”

Shortly before his arrest, Robinson’s final post showed a sense of regret over his previous statements. “Nothing to worry about I’m so in love with the San Antonio strip I regret what I said ok I wish I was there remember when I cried at the clubs why I love you so much it was not a joke to me I really believed in the strip can’t you folks see that I wish I could come back an cry an tell all of you how much I miss you an love you I’m so for real when dreams are broken it makes us say all kinds of things . . .”

On Thursday, October 5, the Guadalupe Cultural Arts Center will host a screening of La Santa Muerte: A Folk Saint in...