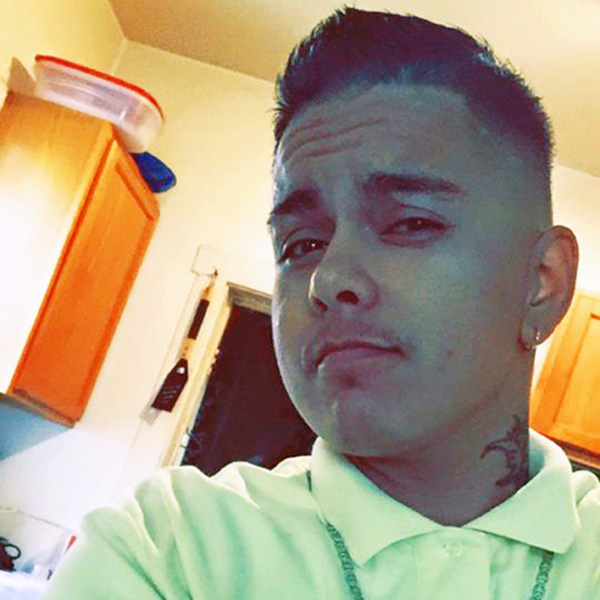 Celvin Anthonie Carrillo, a transgender man, has been sent to a women's federal prison in Alabama. (Courtesy photo)

Out In SA has learned that a transgender man from San Antonio has been placed in a women’s federal prison even though he legally changed his name and gender marker before his imprisonment.

Celvin Anthonie Carrillo, 31, was sentenced last year to serve 46 months in federal prison for conspiracy to transport illegal immigrants into the country in 2013.

When Carrillo reported to prison officials on January 26, he expected to be sent to a men’s facility. At his sentencing, US District Judge Alia Moses recommended Carrillo, “be incarcerated in a federal facility to accommodate the defendant’s medical needs.”

However, a search of the Federal Bureau of Prisons database shows Carrillo is being held in a low-security, women’s correctional institution in Aliceville, Alabama under his birth name, Cyndia Alicia Carrillo. The Federal Corrections Institution for women in Aliceville, Alabama.

“The offense was committed before I even came out as being transgender,” Carrillo told Out In SA after his sentencing last December. “So when the federal probation officer did my pre-sentence investigation, nothing [regarding my gender identity] was documented.”

Carrillo said he had been torn about transitioning, not knowing if he should start the process during his legal troubles or wait to see how his trial turned out. He decided to move forward and began hormone therapy.

“Eight months later, I was full of life and happy as ever,” Carrillo said. “I shared my story with my probation officer and he was supportive and helpful. However, he told me my pre-sentence investigation could not be amended.”

Carrillo began to worry that when he got to prison he might not qualify to receive the hormone therapy he needed. “I know it will be very hard for me to cope,” he said.

Working with San Antonio attorney Justin P. Nichols, Carrillo completed all the necessary paperwork to legally change his name and gender marker one month before he was due to start his incarceration. Nichols told Out In SA he filed the documents with the federal court that had tried Carrillo.

Nichols says he has not been in contact with Carrillo since he went into federal custody in January and is dismayed prison officials are ignoring Carrillo’s gender identity. He has reached out to Carrillo but communication with prisoners requires clearance which can take a few days.

Unknown at this time is whether or not Carrillo is getting hormone therapy but it would be easy to assume that if the federal prison system thinks he’s a woman, they will see no need for such therapy.

An associate professor at Trinity University in San Antonio has been chosen as a finalist for a Lambda Literary Award....