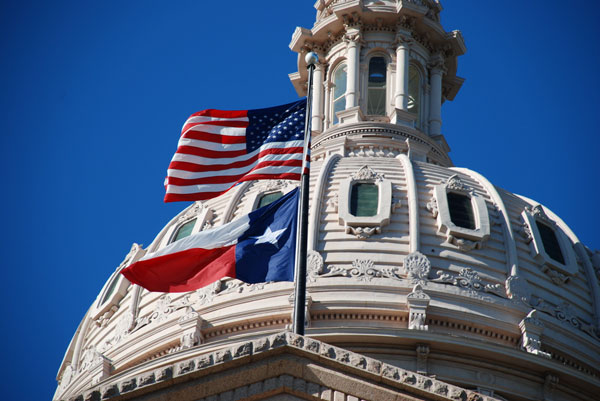 The LGBT chambers of commerce in Austin, Houston, North Texas and San Antonio have joined forces to form a statewide coalition “to achieve equality and inclusion by promoting economic vitality in our communities and strengthening LGBT and ally businesses.”

Altogether, the four chambers represent more than 1,000 LGBT-owned and LGBT-allied businesses and nearly 19 million Texans who reside in those metro areas.

On their website, the new organization lays out it’s goals. “The 1,000+ LGBTQ and Allied businesses of the Chambers speak with one voice. We call upon our local elected representatives to introduce or support legislation that supports diversity in the workplace and opposes discrimination. We know, in Texas, when business thrives, people prosper. For this to happen, all Texans must be included and respected.”

According to their press release, the four organizations decided to create the coalition in response to efforts by conservative Republicans in Texas to pass the bathroom bill and other anti-LGBT measures during the last session of the legislature.

“The Texas LGBT Chambers of Commerce intends to prevent any and all anti-LGBT, economy-damaging measures from becoming law in Texas at the state and local levels,” said Chase Kincannon, chair of the Austin chamber.

One of the first events planned by the LGBT Chambers is an Advocacy Day at the Texas Capitol on February 20. During that event, representatives of all four chambers will visit with lawmakers to advocate for issues important to the LGBT community.

“There is power in numbers,” says Clint Thomson, board chair of the North Texas chamber. “This new alliance will enable us to work collectively on behalf of all LGBT-owned and LGBT-allied businesses throughout the Lone Star State.”

Information about the Texas LGBT Chambers of Commerce “A Day at the Capitol” advocacy day on Wednesday, February 20 is available at this link.

Justin Rodriguez Is Back and Ready to Focus on Ideas, Not Ideology