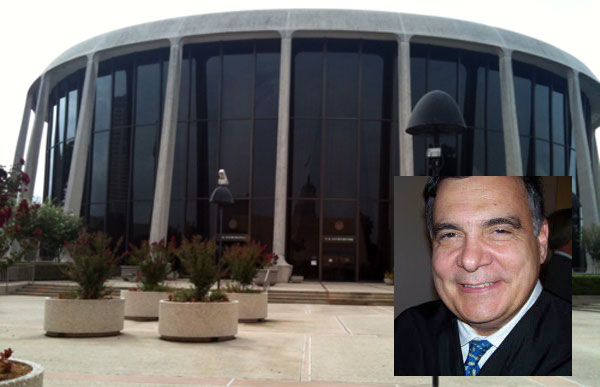 U.S. District Judge Orlando Garcia has denied a motion to lift the stay on his ruling that struck down the state's equal marriage ban.

With one month left before the U.S. Court of Appeals for the 5th Circuit in New Orleans takes up the constitutionality of Texas’ ban on same-sex marriage, U.S. District Judge Orlando Garcia has denied a motion to lift the stay on his ruling that struck down that ban.

“Lifting the stay would not bring finality to this Fourteenth Amendment claim. To the contrary, such action would be temporary, with confusion and doubt to follow. The day for finality and legal certainty in the long and difficult journey for equality is closer than ever before. Ultimately, as mentioned in the February 12, 2014 hearing, this Court believes the issue will ultimately be resolved by the United States Supreme Court and “a group of five people will decide this case.” Accordingly, Plaintiffs’ motion is DENIED,” Garcia wrote in his denial.

LGBT advocates were hoping Garcia would lift the stay before the appeals hearing convened on January 9.

Garcia struck down the Texas ban on same-sex marriage last February, ruling it violated the Fourteenth Amendment rights of gay couples to equal protection and due process of the law:

The judge stayed his decision pending the appeal to the 5th Circuit. On November 24, attorneys with Akin Gump, the law firm representing plaintiffs Vic Holmes, Mark Pharris, Cleopatra DeLeon and Nicole Dimetman, filed a motion with the federal district court to lift the stay, arguing:

If something were to happen to either of [Vic Holmes or Mark Phariss], they would never be able to marry, exchange vows, place rings on each other’s finger, say “I do,” or call each other spouses in the state of their residence. Their present relationship is governed not by matrimony, but by a web of legal rights crafted by necessity with the assistance of attorneys they must hire and pay themselves. The same is true for the hundreds of thousands of Texas same-sex couples who continue to suffer deprivation of their constitutional rights every day. The Court already found the laws depriving them of these rights are unconstitutional, and the Court should vacate its stay enjoining Defendants’ continued enforcement of those laws.

In a December 9 interview with the Associated Press, state Attorney General Greg Abbott, who will become governor in January, reiterated his opposition to lifting the stay.

The governor-elect didn’t mention gay marriage until he was asked about the 5th U.S. Circuit Court of Appeals, which next month will hear a case in which a judge in February struck down Texas’ ban. Some advocates have asked other Texas judges to begin performing gay marriages pending the appeal, but Abbott said that would be “deeply offensive” since it “would be a clear rebuke of the 5th Circuit’s jurisdiction.”

In an interview with Texas Public Radio on November 24, Neel Lane, an attorney for Akin Gump, said, “Here’s the situation that’s a little ironic; the Texas case was stayed based on the Utah case being stayed, but today, in Utah, people of the same sex can get married if they want to. In Texas they still can’t.”

The hopes that Garcia would lift the Texas stay were dampened on December 4 when the 5th Circuit granted Mississippi Governor Phil Bryant and Attorney General Jim Hood’s request to extend the stay of U.S. District Judge Kristine Baker’s ruling that struck down that state’s equal marriage ban last month.

In a posting on Facebook, Pharris wrote, “Vic and I respect Judge Garcia very much and, although we wish he had lifted the stay, we understand why Judge Garcia ruled as he did. Just like every straight couple in love, we simply want to marry each other. And just like every straight couple in love, we – and the hundreds of thousands of other Texas same-sex couples – deserve the freedom to marry. We look forward to that day when we can – a day we hope and pray is not far off.”

In olden days, a glimpse of stocking/Was looked on as something shocking/ But now, God knows/Anything goes   Cole Porter,...