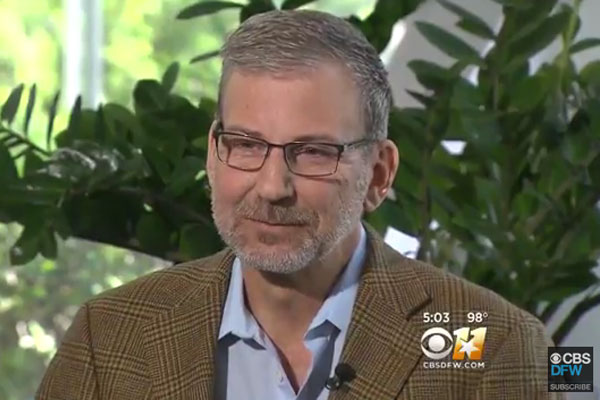 A gay businessman from Dallas announced on Friday, July 14 that he has filed the necessary paperwork to initiate a run for Governor of Texas as a Democrat, becoming the first candidate to challenge incumbent Greg Abbott in the 2018 race.

Jeffrey Payne, owner of the the Dallas Eagle and four other businesses, told KTVT-TV the state is divided and needs someone to unite it. “If we don’t have compromise, and compassion for one another, we’re never going to reach a resolution, and we’re just going to keep talking about it and kicking the can down the road.”

“Texas needs a governor who believes in real Texas values, like integrity, honesty, freedom and independence,” Payne said in the announcement of his candidacy. “It’s time we stopped wasting our time and money on silly legislation and start investing our time finding ways to help Texans, their families and businesses prosper.”

According to a report in the Dallas Voice, Payne “makes no secret of his active involvement in the Dallas LGBT community or his history as a former International Mr. Leather, a title that gave him a platform to promote many charity events.”

Payne told KTVT he had notified the state Democratic Party of his intention to run. However, in an email to KTVT, party spokesperson Tariq Thowfeek seemed to downplay Payne’s candidacy writing, “The Texas Democratic Party is talking to a number of great leaders, and an announcement will come at the appropriate time. These Texans come from diverse backgrounds with proven track records of leadership, and an unwavering commitment to our shared Democratic values.”

Payne intends to lend his campaign $2.5 million and plans to initiate a bus tour of the state in October.

“It’s time we stopped letting the Republican Party run unopposed in this state,” Payne told the Dallas Voice. “We need a governor who is not a career bureaucrat, but one with real world experience and dedication to making Texas a better, safer and healthier place for all Texans.”

Originally published in the San Antonio Current. With the Texas Legislature's special session a week away, tech company IBM has...