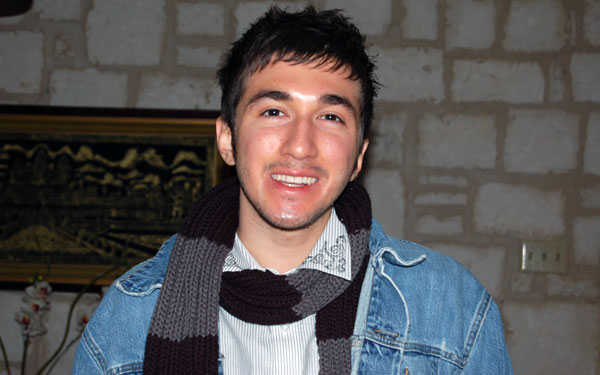 According to 2013 FBI statistics, gays and lesbians are most often the targets of hate crimes in San Antonio. In 2010, Troy Martinez Clattenburg, was shot to death by an acquaintance who said Clattentberg made a pass at him. (Courtesy photo.)

FBI crime statistics released this week show that San Antonio comes in third in the state with the number of hate crimes committed in 2013. The majority of those crimes were perpetrated against gays and lesbians.

The FBI numbers show that 11 hate crimes were recorded in San Antonio last year, seven (63 percent) of those were motivated by “sexual orientation.” The total includes three for “race” and one for “ethnicity.” There were no hate crimes reported for “gender identity.”

Dallas posted the highest numbers with 18 hate crimes, Ft. Worth with 16, Houston with 13, Austin with four, and El Paso with three. Statewide, 34 percent of all hate crimes reported were against gays and lesbians (sexual orientation).

Sgt. Javier Salazar, a spokesman for the San Antonio Police Department, said in an interview with KSAT, “It would appear that we’re on an upswing from last year, which was down from the year before. Again, it runs in cycles, so hopefully next year it will be down somewhat.”

The Texas Hate Crimes Act defines hate crimes as “crimes that are motivated by prejudice, hatred or advocacy of violence including, but not limited to incidents for which statistics are or were kept under the Hate Crimes Statistics Act.”

Among the hate crimes committed in San Antonio in 2013 was the case of three brothers who beat a gay man in the laundry of his West Side apartment complex because they believed he was flirting with one of them. The victim was knocked to the ground, punched, kicked and bitten.

In that case the SAPD classified the assault as a hate crime because one of the assailants told police the victim was looking at him and believed he was flirting with him. However, police are sometimes hesitant to deem some assaults against LGBT citizens as hate crimes.

In 2010, a San Antonio man by the name of Cody Carmichael was charged with murder after he confessed to shooting Troy Martinez Clattenburg because the victim made sexual advances toward him. Despite the confession, the SAPD did not initially investigate the shooting as a hate crime. A police spokesperson said at the time that the case “lacked elements to prove a hate crime occurred.”

It took a public campaign by the victim’s family, with help from LGBT advocates, to get the SAPD to reclassify the crime. Carmichael eventually took a plea deal and in April 2011 was sentenced to 40 years in prison.

In 2009, there were two deaths in San Antonio that appeared to be hate crimes but were not classified as such by the SAPD.

In November 2009, a man arrested for murder told detectives he killed the victim to stop him from making sexual advances. According to the arrest warrant affidavit, 22-year-old Enrique Santos admitted to punching Jorge Sgetelmeg and hitting him several times in face with a rock.

In the early morning hours of August 31, 2009 James Lee Whitehead (a.k.a. Niki Hunter) was walking along Ogden street where he encountered three armed assailants who knocked him to the ground and began beating him. A policeman responding to the attack accidentally killed Whitehead when he shot at one of the assailants.

“Some in the gay community think Whitehead was intentionally targeted for his sexual orientation,” wrote the San Antonio Express News, “but police spokesman Sgt. Gabe Trevino said detectives found no evidence of a hate crime, because no witnesses reported hearing derogatory slurs during the incident.”

With one month left before the U.S. Court of Appeals for the 5th Circuit in New Orleans takes up the...