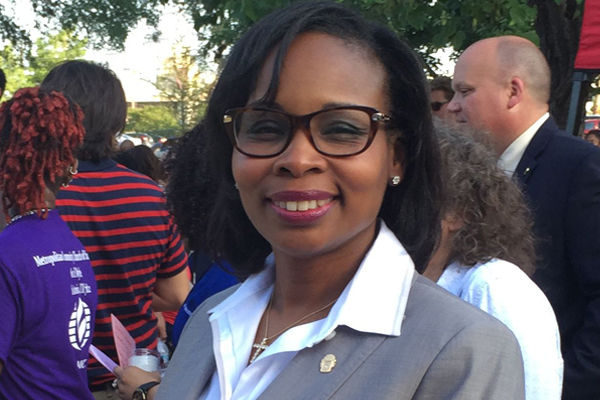 Nearly 200 mayors from across the country, including four from Texas, have joined a coalition named Mayors Against LGBT Discrimination. Missing from this list is Mayor Ivy R. Taylor of San Antonio.

The Texas mayors who have joined the effort are Mike Rawlings of Dallas, Steve Adler of Austin, Curtistene McCowan of DeSoto and Sylvester Turner of Houston. Taylor’s absence from the coalition is conspicuous considering she represents the second largest city in the state.

Mayors Against LGBT Discrimination was founded by Mayor Muriel Bowser of the District of Columbia, Mayor Jim Kenney of Philadelphia, Mayor Ed Lee of San Francisco and Mayor Ed Murray of Seattle. On the coalition’s website they explain:

Mayors Against LGBT Discrimination is a bipartisan coalition of municipal leaders dedicated to securing inclusive nondiscrimination protections for all, including lesbian, gay, bisexual and transgender individuals, at all levels of government. We recognize the special role mayors play in protecting the rights and safety of residents and in advancing policies that move our communities and our country forward. Mayors Against LGBT Discrimination is a program of Freedom for All Americans, the bipartisan campaign to win comprehensive LGBT non-discrimination protections nationwide.

Despite having formed the Mayor’s LGBT Advisory Committee and approved the creation of the Diversity and Inclusion Office, the impression is that Taylor only begrudgingly accepts the concept of LGBT equality.

She is an unpopular figure within the city’s LGBT community as evidenced by the boos and jeers she received when she appeared at last summer’s vigil for the victims of the Orlando shootings.

In 2013, when she was still a city council member, Taylor voted against the city’s nondiscrimination ordinance which nonetheless passed with a healthy majority. During the campaign for her first complete term, she referred to the NDO as a “waste of time.”

For LGBT Texans, local ordinances have offered protection in a state where the Republican majority has sought to enact anti-LGBT legislation. One such example is Senate Bill 92 introduced this year by state Sen. Bob Hall of Edgewood, Texas.

If passed, SB 92 would remove local control from city governments and nullify all existing nondiscrimination ordinances those cities may have passed.

Organizations like Mayors Against LGBT Discrimination offer an alternative vision, one that sees communities as safer, more welcoming and more economically vibrant when everyone is treated equally under the law.

Mayor Kenny of Philadelphia offers these thoughts: “Full equality — no matter who you are or who you love — is not only good for our community; it’s the right thing to do. Mayors Against LGBT Discrimination will work to make fairness and inclusion a reality everywhere.”

Perhaps Mayor Taylor will hear the call and add her name to the list of civic leaders who openly stand against LGBT discrimination. Perhaps not.

Growing up in Syracuse, New York, Daniel Donigan attended Catholic school and was an altar boy at his local church....