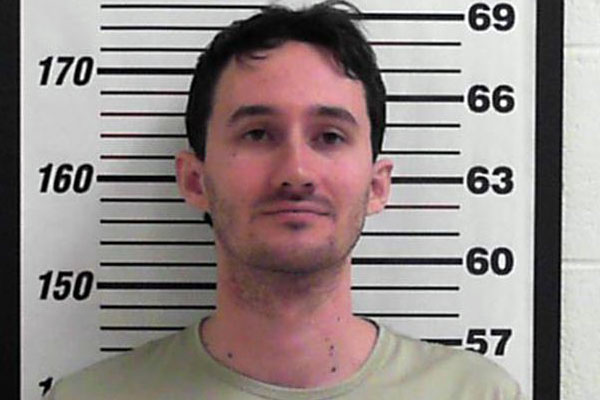 David Malcom Strickland of Portland, Texas was found guilty and sentenced to life in prison for assaulting and shooting a lesbian couple, resulting in the death of one of the women. (Photo: Davis County Sheriff's Office)

A judge has denied the motion for a new trial for a convicted killer who sexually assaulted a lesbian couple, shot them, killing one of them and leaving both for dead in Violet Andrews Park overlooking Corpus Christi Bay in Portland, Texas.

On December 8, visiting Judge Philip Kazen from San Antonio denied the motion by the attorney for David Malcom Strickland of Portland who was found guilty and sentenced to life in prison last September at a trial in San Patricio County.

Testimony during the trial revealed that in 2012, Mollie Judith Olgin (who was 19 at the time) and Mary Kristene Chapa (who was 18 at the time) were approached by Strickland at gunpoint, lead down to a grassy area in the park, assaulted, and then bound and shot execution style. Chapa survived the shooting but suffered brain damage. Olgin died from her injuries. According to the Corpus Christi Caller-Times, Strickland maintained his innocence since he was arrested in 2014, loudly declaring that he was “absolutely not guilty,” of capital murder and other charges at the start of the trial. His lawyers argued another man was the shooter.

In the months before his arrest, Strickland was charged with aggravated burglary and aggravated assault after he entered the house of a former roommate in Layton, Texas and stole two handguns and a rifle and threatened the roommate’s girlfriend with a weapon.

While denying the motion for a new trial, Judge Kazen did allow a request for a new DNA test on a pubic hair that was found on Chapa.

The recently-developed test, which was not available during the time of the trial, can identify a person’s eye and hair color, ethnicity and other characteristics. A visual comparison made on the strand of hair was excluded from the trial, Strickland’s lawyer told the Caller-Times.

Strickland’s conviction could be reconsidered by the court of appeals if the DNA test proves the hair is not his. That process could take several years.

“It’s terrible for the victims. There’s no absolute certainty for many years after a verdict,” San Patricio County District Attorney Sam Smith told the Caller-Times.

Thirty years after it began providing medical care to those who were sick and dying of AIDS, the San Antonio...