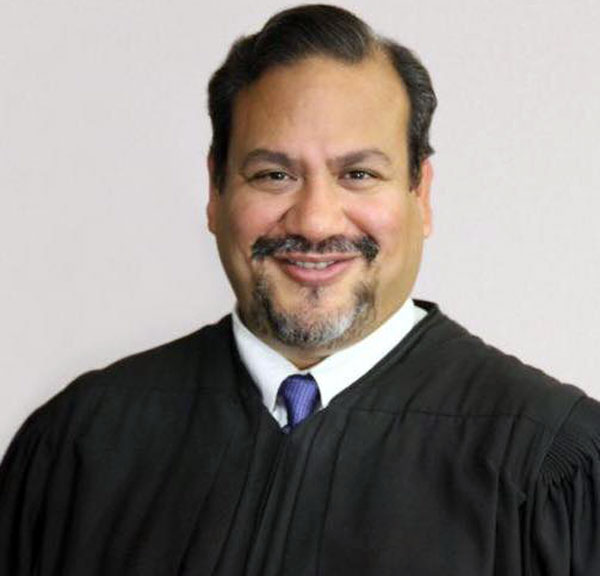 Judge Ron Rangel of the 379th Criminal District Court will receive the Political Advocacy Award from the Stonewall Democrats of San Antonio on September 26. (Courtesy photo)

Judge Ron Rangel of the 379th Criminal District Court will be one of three award recipients at the Stonewall Democrats of San Antonio’s Award Presentation and Comedy Show on September 26 at The Playhouse.

The judge will receive the Political Advocacy Award, which is given annually to “an elected or appointed official who has made significant contributions toward the advancement of equality for LGBT persons at the local, state or national level.”

Rangel is a longtime supporter of the LGBT community. He has twice sought and received the endorsement of the Stonewall Democrats. He is often seen at community events and has regularly participated in the Pride parade. This year, the judge presided over same-sex weddings at the Pride festival.

Stonewall will present two additional awards, one for community leadership and the other for volunteerism.

The Community Leadership Award is presented to “an individual or organization who has demonstrated leadership in and service to the LGBT community through participation in other organizations and community events or activities.”

It was through Whitely’s tenacity that the Thrive Center came into being. In November of 2014, she began looking for a location where she could offer homeless LGBT youth shelter, a hot meal and maybe classes to help them reintegrate into society. She was financing the effort with her own money.

Whitely initially found space at a downtown church, but there were zoning issues. Last January, officials from Haven for Hope approached her with the idea of housing Thrive on their campus.

Today, Thrive has its own dorm, restrooms and group space. Its young clients get GED classes, job placement, career counseling and medical care.

This year the award will be presented to Stonewall board treasurer, Kevin Voelker. In a statement released to Out In SA, Stonewall outlines why Voelker was chosen for the award.

“Kevin has served responsibly, consistently, without complaint, and with a steady hand as the manager of the finances of SDSA. He is always ready to staff a booth at any event to foster SDSA in the community and, of course, to collect the funds which make SDSA a viable political force to be reckoned with. Additionally, Kevin fills in wherever he sees the need without drama or fanfare. He is there. As he will leave the Board in January, this is the opportunity to acknowledge his contributions.”

“I figure my way to maintain our family’s history and legacy  is to do what I do.” After living in...