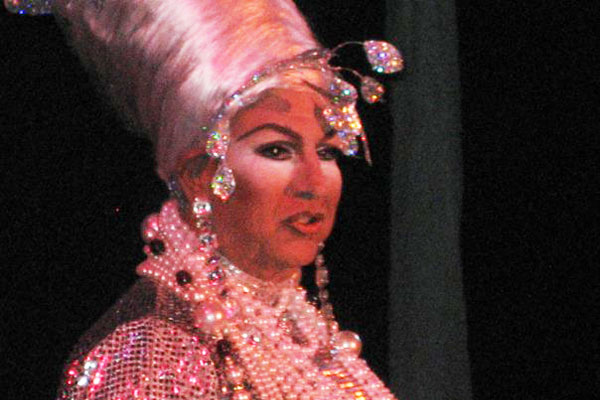 The Jump-Start Performance Company is honoring San Antonio drag legend Jessica St. John (aka John McBurney) with an exhibit and some “old school” performances by St. John and and other local queens.

The exhibit and show, “Jessica St. John: Memories of a Drag Queen,” are part of the On and Off Fredericksburg Road Studio Tour on February 22 and 23. The tour is a self-guided open house of art galleries and artistic spaces in San Antonio’s Deco District.

McBurney has pursued a career as a professional freelance makeup artist, having used his skills with artists like Selena and Jennifer Lopez, also working with Broadway touring shows, local theater productions and on photo shoots. 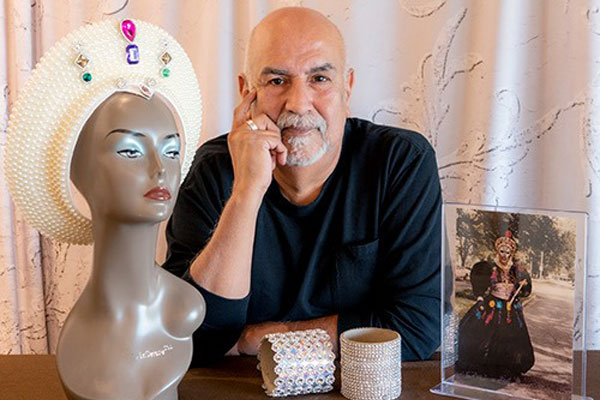 The Jump-Start exhibit includes 50 years of memorabilia including photos, design sketches, costumes and ephemera collected by McBurney over the past 50 years. Exhibition visitors will also have a chance to view a 30-minute video by Linda Cuellar that presents local queens speaking on the art, politics and history of drag. The highlight of the exhibition will be two drag performances by McBurney and friends.

“I’ve been working with Jump-Start for maybe 25, 30 years, roughly, and I’ve been so blessed because they’ve never put rules or restrictions on me,” McBurney told the San Antonio Express-News in an interview. “I’ve always done drag to its fullest extreme, especially when I’m around Jump-Start. Jump-Start has been like my home.”

“John does ‘old-school drag,’ recycling gently used materials from flea markets and garage sales and culling the closets of friends who are ‘tidying up.’ He loves creating costumes with volume and surprise,” according to a Jump-Start press release.

For the past 25 years, McBurney has also been a costume designer for Fiesta Cornyation and some years also appearing on stage.

McBurney has seized on the world of drag as designer, performer and mentor. In the press release for his upcoming show at Jump-Start, he reinforces a dedication to his craft, saying, “I love drag! I love the words ‘Drag Queen!’ Drag is fun!”