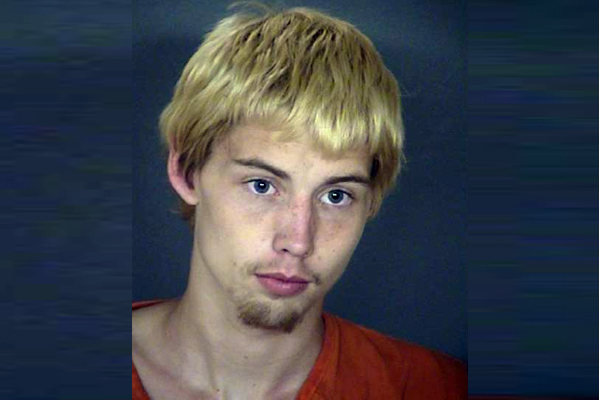 Mark Daniel Lewis was charged with manslaughter in the death of Kenne McFadden.

A 20-year-old man has been indicted by a grand jury in connection with the death of Kenne McFadden, a San Antonio trans woman whose body was found in the San Antonio River last April.

Mark Daniel Lewis of Live Oak was charged with manslaughter, which is a second-degree felony. According to a report by the San Antonio Express-News, the indictment alleges that Lewis caused McFadden’s death by pushing her into the river while she was impaired by alcohol and failed to help her, thus causing her to drown.

Lewis is a registered sex offender with a “prohibited sexual conduct” offense from 2013 when he was a juvenile. If found guilty, he faces up to 20 years in prison. His bond was set at $20,000. McFadden was the 12th transgender person murdered in the U.S. this year. On April 9, a River Walk barge operator found her fully-clothed body floating in the San Antonio River near East Commerce and South St. Mary’s streets. There were no obvious signs of trauma on her body.

At the time of McFadden’s death, police said they had a suspect identified in the murder who was already behind bars on unrelated charges. It is not clear if Lewis is the person they had in custody.

Local media reports initially misgendered McFadden so that trans advocates were not immediately aware of her death. It wasn’t until police spoke to a friend of McFadden’s that it was learned she was transitioning.

On August 8, the San Antonio Gender Association in conjunction with the Pride Center and Politiqueers held a candlelight vigil on the Riverwalk as a memorial for McFadden on her birthday.

As of November 1, there have been 23 transgender people killed in the U.S. this year. With the exception of two, all have been people of color.

San Antonians will be among the millions of people around the globe who will be observing World AIDS Day on...