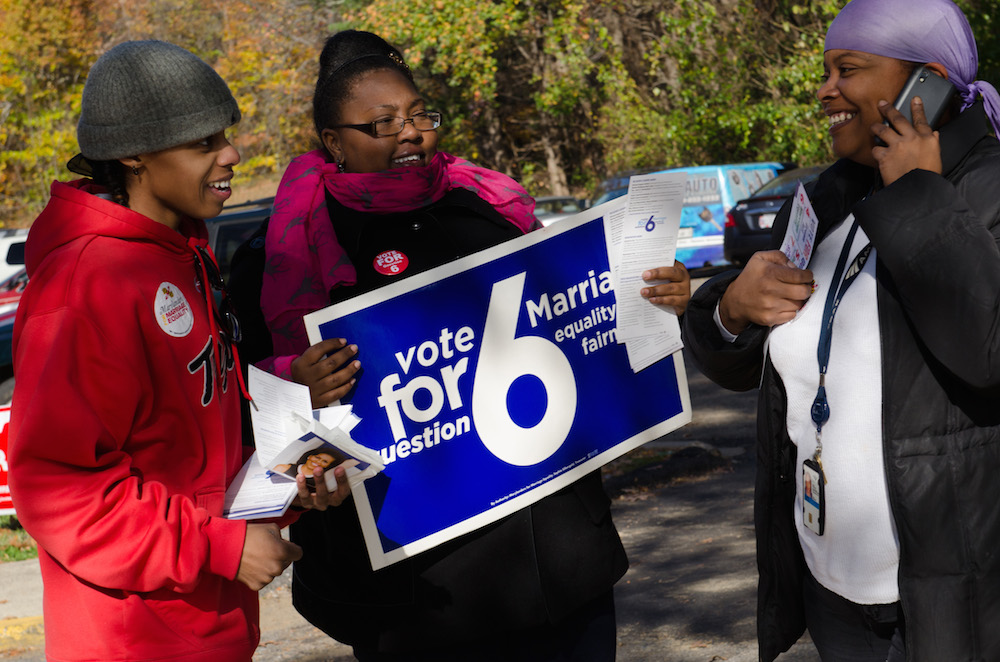 Karess and Sam in a still from The New Black. Courtesy image.

Directed by Yoruba Richen, The New Black (2013) is a documentary that shows how the African American community is struggling with gay rights, especially the recent gay marriage movement. In the film, activists, families and leaders of the church share their opinions and stances on the fight to legalize gay marriage. The New Black also examines homophobia within the powerful African American church community and “reveals the Christian right wing’s strategy of exploiting this phenomenon in order to pursue an anti-gay political agenda.” Viewers are invited into the community to take a closer look at the issue of gay rights within a minority community.  A panel discussion led by Reverend Erika Forbes follows the film. The New Black film screening is one of the only LGTBQ events during DreamWeek 2015. DreamWeek (which began January 9 and lasts until the January 20) commemorates the life and accomplishments of Dr. Martin Luther King Jr.

With all this pedophilia being exposed over the years–the Catholic Church and now Westminster–one has to think back to Anita...