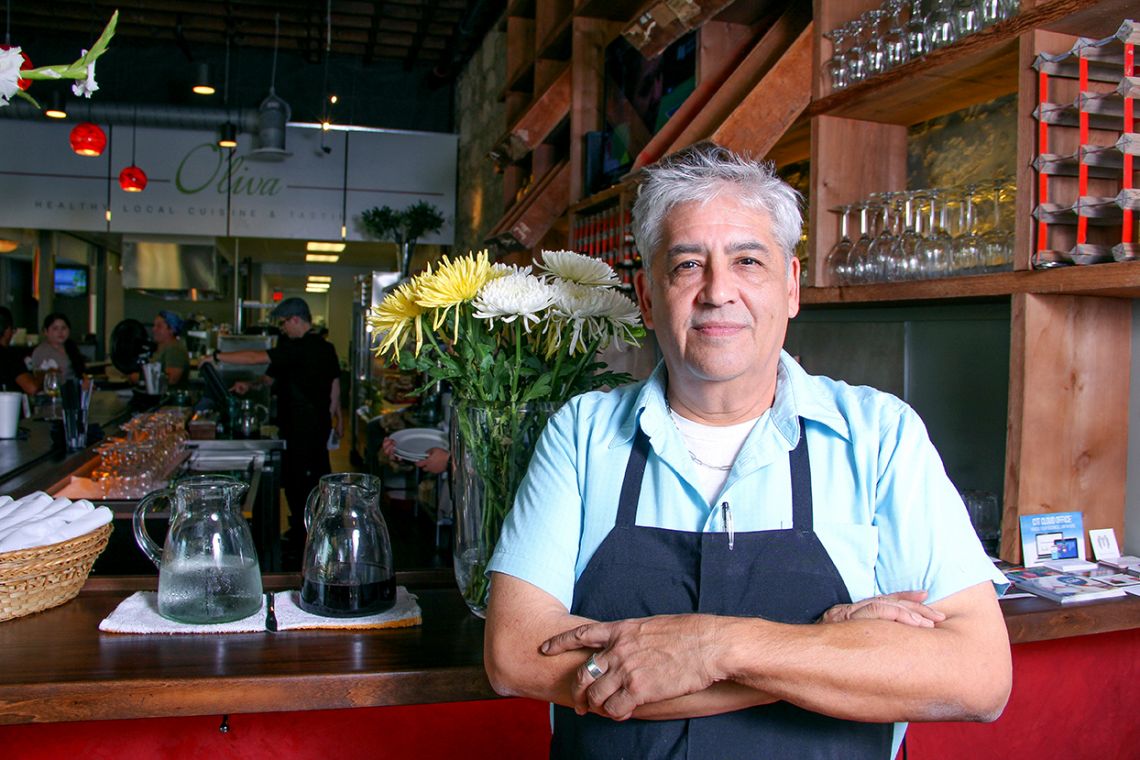 “I’m thinking it must be some kind of convergence,” speculates Chuck Hernandez. He’s referring to the fact that the day after our interview he will be joining City dignitaries at the ribbon-cutting for his new restaurant, O’liva, at Plaza de Armas across from City Hall. And that it will also be his birthday. He admits to turning 59 and sports an unruly shock of white hair as a kind of badge of honor.

Hernandez was exposed to food culture early on through a grandmother who worked as a nutritionist and a constable grandfather who moonlighted as an Italian chef. During college, he managed to get a summer job at a National Parks Service coffee shop in Yosemite, and he began to pay attention to the influx of new culinary influences that were beginning to change American cuisine in the ’70s and ’80s. A move to San Francisco, and Tante Maria’s cooking school, gave him the chance to participate in the revolution. “There, it was either sex, drugs, or food,” he says.

A series of other circumstances led him to Arizona and a catering company, Arugula Spice & Wine, which allowed him to find his own culinary voice—first in Arizona, then in Austin. He moved back to San Antonio from Austin 22 years ago to help his father with restaurants, all the while maintaining his catering company and turning out a book, Pesto Power.

With the help of Executive Chef Chris Cook, his newest venture, O’liva, will also offer wine and olive-oil tastings, cooking demos, and classes. With all of this on his plate, does Hernandez have time to relax?

“I would like to go clear my head somewhere, but this is huge, this thing,” he says. “For years I worked on this in the evenings—writing menus, sorting through recipes, going to meetings—but you do have to crash in the end.

“And then you need a drink—who doesn’t?

“I do like to cuss and drink beer,” he adds. “And I can be loud—but people seem to like that.”

Two years ago on October 3, 2013, Vic Holmes and Mark Pharris went to the Bexar County Clerk's office in...