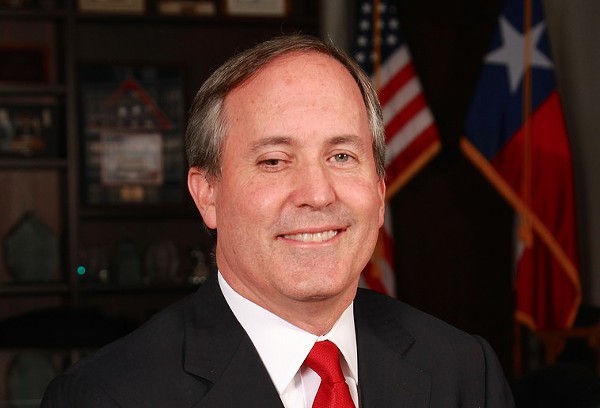 Texas AG Ken Paxton wants a nationwide injunction against the U.S. Department of Education and Department of Justice's guidance that forcing transgender students to use bathrooms that don't correspond with their gender identity could be a violation of Title IX.

On Tuesday, Paxton announced the coalition of states Texas is leading in litigation against the federal government filed a motion for a preliminary injunction against a U.S. Department of Education and Department of Justice. The coalition is challenging a mandate that says Title IX, which prohibits discrimination based on sex in federally funded education programs, requires school districts to allow transgender students to use the bathroom that corresponds with their gender identity. Districts that don’t comply could lose federal funding. Paxton wants a federal judge to rule against the mandate before the next school year.

“The nation’s schools, and every place of employment, are now in the crosshairs of the Obama Administration, which maintains it will punish those who do not comply with its orders,” Paxton said in a prepared statement Wednesday. “Schools are facing the potential loss of funding for simply exercising the authority to implement the policies that best protect their students. Every employer is now being threatened for not bowing to anyone that identifies as the opposite sex.”

Texas and 11 other states first sued the feds in late May following the federal directive that was a response to North Carolina law that requires everyone to use the bathroom that corresponds with the gender listed on their birth certificate, including in schools.

According to Paxton’s motion, the federal government’s directive that protects transgender students from discrimination could cause irreparable harm across the nation. In Texas, Paxton specifically says the Harrold Independent School District, which is west of Wichita Falls, where the motion was filed, would suffer.

“First, complying with Defendants’ mandates would force the district to sanction unsafe spaces,” the motion states. “Students using school restrooms and other intimate facilities are unprotected from others who can take advantage of the privacy of these areas to commit untoward acts.”

Immediately after this, the document mentions sexual crimes, like rape and molestation, saying these acts often happen “in seclusion without third party witnesses or substantial corroborating evidence.”

In a footnote in this section of the court document, Paxton claims the policy allows students to “choose one ‘gender identity’ on one particular day or hour, and then another one the next.”

Equality Texas CEO Chuck Smith says the language Paxton uses in the filing illustrates the AG’s complete lack of understanding of transgender issues and highlights his refusal to recognize the rights of transgender people.

“That’s factually inaccurate and not how it works and most of the existing policies require some form of parental notification that they have a transgender child,” Smith says. “It’s not this here today gone tomorrow idea.”

The idea that allowing transgender people to use the bathroom that corresponds with their gender identity will result in sexual predators entering bathrooms to molest little girls is also unfounded — though it’s a common argument perpetuated by anti-LGBT groups.

Unfortunately, Smith says, Paxton is targeting one of the most vulnerable segments of LGBT communities across the country: transgender children.

“I would condemn his refusal to acknowledge the existence of 1.4 million transgender Americans and condemn his choice to target the most vulnerable population,” Smith says.

On Saturday, July 9, the Esperanza Peace and Justice Center will present a screening of Transvisible: Bamby Salcedo’s Story, a...