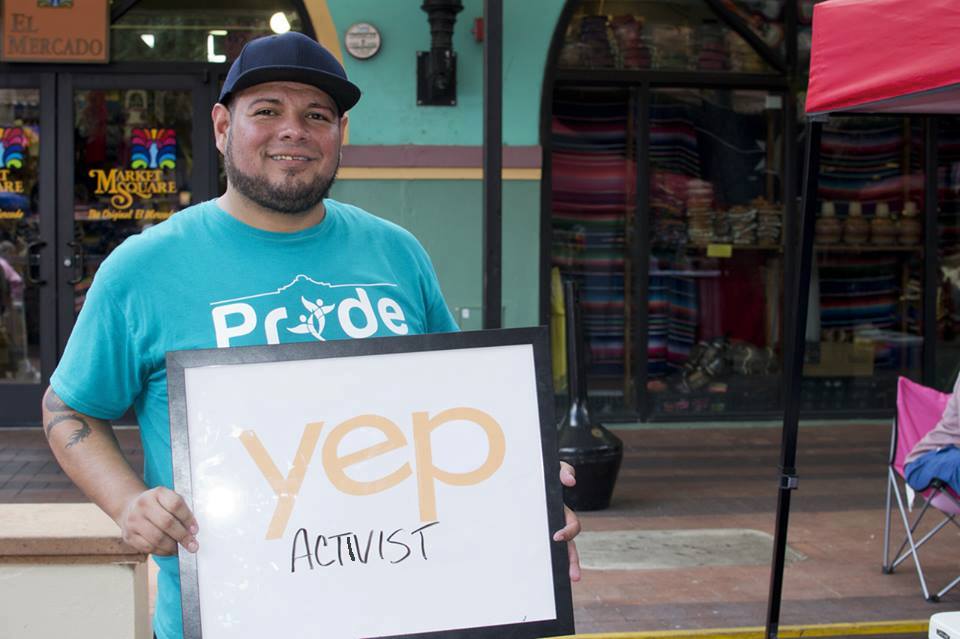 One word to eliminate the stigma

Kori Ashton, founder of T-shirt company yepThreads.com, is looking to eliminate the stigma of coming out one T-shirt (and sticker) at a time. The story behind yep Threads began when Ashton was in third grade. On the yep Threads website, she tells the story of how she was outed by her teacher after writing a poem for her best friend, who was moving away. It included the line “… in my arms you’ll always stay.” After reading the poem to the class, the teacher asked, “What are you–gay?” Ashton wasn’t even aware what the term meant, but immediately felt the students in the room turn against her.

Ashton’s goal with yep Threads is to prevent experiences like this and to normalize the coming-out process. Yep Threads T-shirts bear the single word, “yep” as a matter-of-fact, one word answer to the question of one’s orientation. (Other variations include the word “ally”, or “love” beneath “yep”, and in the case of the children’s onesies for sale, “two dads” or “two moms”.) Ashton believes answering that question should be “simple and nonchalant” and that people “… shouldn’t have to “‘come out'” with shame or fear. We should just be able to say – ‘yep – we love who we love & we are who we are’.”

Pride Center San Antonio board chair Robert Salcido first encountered Ashton taking photos of people with a yep sign at the Pride Family Fair in Market Square earlier this month. Her mission to simplify the coming out process with yep Threads struck a chord with Salcido. “This one simple word really resonated with me on different levels,” Salcido said. “I know I catch myself using that 3-letter word when answering other simple questions in life … Why should answering a question about our orientation be any different?”

Yep Threads launched a Kickstarter campaign to expand the brand and include merchandise recognizing all 37 states that currently allow gay marriage and family members who want to show support for their loved ones. The Pride Center showed support for the campaign by sharing it on Facebook and when Ashton expressed interest in partnering with a local LGBT organization, the Center stepped forward and asked to be considered.

Yep Threads has a goal of $5,500 to reach by July 6. As of right now, they have met 76 percent of that goal. If the $5,500 is raised in time, yep Threads has committed the next thousand dollars to the Center to help further its goals in connecting the San Antonio LGBT community with health, wellness, support, education, and advocacy resources.

“Even as LGBT equality continues to expand, we still have a long way to go to truly ‘normalize’ the conversation,” Ashton recognizes on the yep Threads Kickstarter page. A monosyllabic answer to a simple question that is too often made controversial, however, may just catch on. While coming out might never be as easy as “yep” for all LGBT people, yep Threads is sure to start conversations and make it that much easier.

Donations to the Kickstarter campaign can be made online.