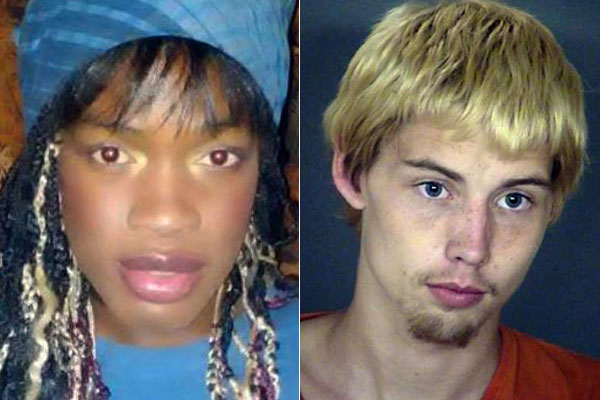 LGBT activists are planning to protest after a local judge ruled that the actions of a man who pushed a transgender woman into the San Antonio River, thus causing her to drown, did not constitute criminal conduct.

State District Judge Joey Contreras’ ruling took place during a probation revocation hearing for Mark Daniel Lewis who was indicted for manslaughter last year by a Bexar County grand jury for the death of Kenne McFadden, a local transgender woman.

Prosecutors at the hearing were seeking to revoke Lewis’ probation for failing to register as a sex offender by citing the manslaughter charge and offered evidence they had relating to McFadden’s death.

On April 9 last year, a River Walk barge operator found McFadden’s fully-clothed body floating in the San Antonio River near East Commerce and South St. Mary’s streets. In November, Lewis was charged with manslaughter with the indictment alleging he caused McFadden’s death by pushing her into the river while she was impaired by alcohol and failed to help her, thus causing her to drown.

However, after hearing the evidence, Judge Contreras said “a terrible tragedy” had occurred when McFadden drowned, but Lewis pushing her into the river did not rise to the level of criminal conduct and therefore did not violate the terms of his probation.

By examining the evidence relating to McFadden’s case, the probation hearing, in effect, became a trial that ended up finding Lewis not guilty of her death. Lewis cannot be tried again in a criminal court because of double jeopardy laws.

In announcing their protest of the ruling, organizers from the San Antonio Gender Association, Pride Center San Antonio and the Transgender Education Network of Texas said, “Transgender women of color and black trans women are being murdered at an alarming pace. When this happens in our city we expect to see justice served. We demand justice for Kenne! We refuse to go away and will show up to make our voices heard!”

Protest organizers also feel the case was bungled by prosecutors who perhaps did not anticipate the probation hearing would result in Lewis being exonerated. “Judge Joey Contreras of the 187th criminal district court ruled today that Kenne McFadden would not see justice due to insufficient proof of criminal wrongdoing. Kenne was poorly represented by District Attorney Nico LaHood’s office and we will not let this be forgotten,” they said.

Justice for Kenne Protest, organized by the San Antonio Gender Association, Pride Center San Antonio and the Transgender Education Network of Texas. Tuesday, March 13 in front of the Bexar County District Attorney’s office, 101 W. Nueva St. Press conference begins at 12 p.m. with a march (route to be announced later) to follow. Check with the Facebook event page for latest info.

The 13th annual National Women and Girls HIV-AIDS Awarness Day will be observed in San Antonio with a wellness expo...