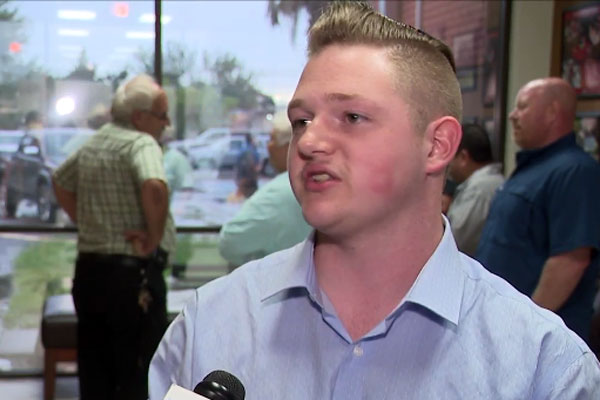 A state district judge ruled on October 1 that a recall election for a 19-year-old gay city councilman in Groves City, Texas can proceed despite the fact that two residents, whose signatures appeared on the recall petition, submitted sworn affidavits stating they did not sign the document.

City Councilman Cross Coburn filed a lawsuit on August 7 asking the recall petition be found invalid. Judge Donald Floyd of Jefferson County ruled the recall election could go forward because it was too late in the election cycle since ballots have already been sent out.

The two allegedly forged signatures were on petition pages circulated by Darla Bailey, the wife of Groves City Mayor Brad Bailey. Coburn’s attorney, Jill Pierce, told the media handwriting experts determined 80 of the 936 signatures on the petition were possible forgeries. A total of 893 signatures were needed to initiate the recall.

The Groves City Police Department is investigating whether the two contested signatures constitute a case of fraud. Coburn has filed an election fraud complaint with the Texas Secretary of State’s office.

“If you’re going to challenge the process, do it in a timely fashion,” Frank Calvert, the attorney who is representing Groves City, told the Beaumont Enterprise. “The law is clear once the election process starts as it has in this case, a lawsuit attempting to stop the election is moot and should be dismissed.”

The effort to recall the councilman began last spring after nude photos of Coburn were found on the gay hookup app Grindr and sent in an anonymous letter to local media and members of the City Council.

The petition was initiated by William L. Howlett, a resident of Groves who told the press that Coburn had “publicly demonstrated actions unbecoming a public official.”

At the time the petition was started, Mayor Bailey said public servants “should be held to a higher standard,” adding that while the photos were not illegal, citizens had the right to recall Coburn.

“Best-case scenario is that Cross is not recalled,” Pierce told the media. “Allegedly, only 10 percent of the voters have spoken. The other 90 percent still need to have their voices heard.” She added that if Coburn is recalled, her client plans to contest the election.

Civic and community leaders are offering words of support and condolence to the city's LGBT residents following the shootings at...