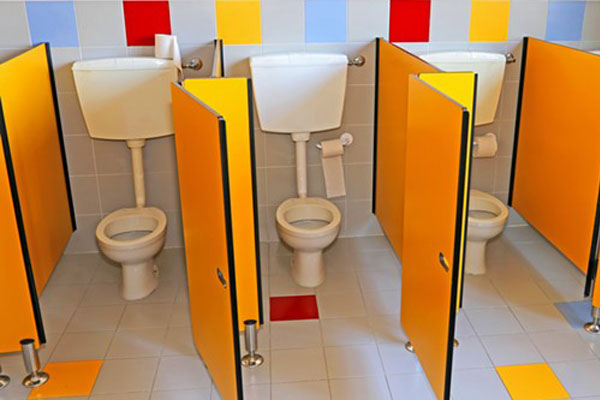 None of the communities Texas Republicans have historically rallied behind want the GOP-led state legislature to pass its so-called “bathroom bill.” In fact, each and every one of these groups have come out in vehement opposition to bills meant to keep transgender Texans (specifically public school-aged kids) from using the bathroom that aligns with their gender identity.

“We support diversity and inclusion, and we believe that any such bill risks harming Texas’ reputation and impacting the state’s economic growth and ability to create new jobs,” write top oil and gas officials from Shell, BP, Chevron, ExxonMobil, ConocoPhillips and Halliburton in a Monday letter sent to Governor Greg Abbott.

The latest opposition from Texas’ favorite industry (which had given Abbott more than $10 million in campaign contributions over the course of his political career) has only underscored the fact that when it comes to bathroom laws, Republican lawmakers have only one powerful group of lobbyists in mind: the religious far-right.

In each legislative committee hearing on the bathroom bills, the sliver of support comes from a conservative religious organization like Texas Values, the Texas Eagle Forum, the Southern Baptists of Texas Convention, or the Texas Catholic Conference of Bishops.

“Laws and policies that allow men open access to private intimate facilities designed for women and children puts them at risk of attack,” wrote Gary Ledbetter, spokesman for the Southern Baptists of Texas Convention, in a June statement supporting Abbott’s special session agenda. “We affirm that gender identity is determined by God through biological sex and not by self-perception.”

In the eyes of the religious right, it appears, discrimination doesn’t count if they don’t acknowledge the group of people they are discriminating against.

Their support of these bills has been consistently drowned out in hearings and protests by families of transgender kids, LGBT advocacy groups, business leaders, law enforcement officials, and school superintendents. Even moderate religious leaders and members have spoken out in opposition to the bill, arguing that trans discrimination doesn’t align with the values found in modern religion.

So why do GOP lawmakers keep pushing?

According to the Economist, the Conservative Republicans of Texas (one of the state’s largest GOP power brokers with religious roots) has said it will throw money at any primary challenger of a sitting Republican who votes against the bathroom bill. Here’s a peek at CRT’s rallying cry in a recent blog post:

“You can be part of the army that defeats the godless, Communist Alt-Left that promotes the Islamization of America, the acceptance, affirmation and celebration of the perverted homosexual and so-called ‘transgender’ lifestyle.”

CRT donated nearly $2 million between the 2010 and 2016 election cycles to more than 100 Texas far-right legislative candidates and political causes. Knowing how deep CRT’s pockets go, a lawmaker’s vote against the bathroom bill could be a career-ruiner. It’s still unknown if Abbott, Patrick and their fellow conservative lawmakers pushing the bill through the special session really care if trans people use public bathrooms. What they do care about, however, is their fast-approaching reelection campaigns.

Some lawmakers, like House Speaker Joe Straus, have already forfeited this crucial support. The special session’s iteration of the bathroom bill, Senate Bill 3, has already cleared the Senate floor, but there’s no saying when (or if) Straus, a San Antonio Republican opposed to the anti-trans bill, will consider it the lower chamber. Jared Woodfill, the president of CRT, has already told the New York Times: “His days are numbered as speaker.”

This threat explains a lot — especially when it comes to the confusing arguments being made in support of the bill.

From the start, both Gov. Greg Abbott and Lieutenant Gov. Dan Patrick have touted the bathroom bill as a necessary tool to protect women from being attacked in bathrooms, presumably by cisgender men masquerading as women. But neither official, nor anyone in the state legislature, can point to an example of this ever happening in Texas. Either way, it’s already a crime for a man (or a woman for that matter) to attack anyone in a public restroom. The lack of evidence has left sheriffs and police chiefs from Texas’ largest cities regularly dismissing the bill as a ‘public safety’ solution.

“I believe that if you propose a bill to address a criminal justice concern, it’s important to determine if you actually have a problem. This bill is a solution looking for a problem,” said San Antonio Police Chief William McManus, addressing a crowd in front of the state Capitol building last week. “The bathroom bill doesn’t pass the test, the most basic test, of any public safety bill. It does nothing to make us safer.”

Monday morning, Gov. Abbott changed his tune on the bill, telling reporters at a sheriff’s convention that protecting women’s privacy in public bathrooms is “a civil action, not a criminal issue” — and that law enforcement had no right to comment in its validity. He’s also scoffed at the NFL’s threat to move Superbowl games to other states because of the pending bill, and at major tech businesses like IBM, Facebook and Apple that say they’ll shutter their Texas offices if the bill goes into effect.

Abbott has yet to respond to Big Oil’s letter of opposition, but Lt. Gov. Patrick has fired back in what sounds like a playground taunt: “The people of Texas are right about this issue and they are wrong.”

Derrick Barry and Chad Michaels Come Together for Show at Aztec

In the age of RuPaul's Drag Race, it's not uncommon for celebrity impersonators to be mistaken for the actual performers...