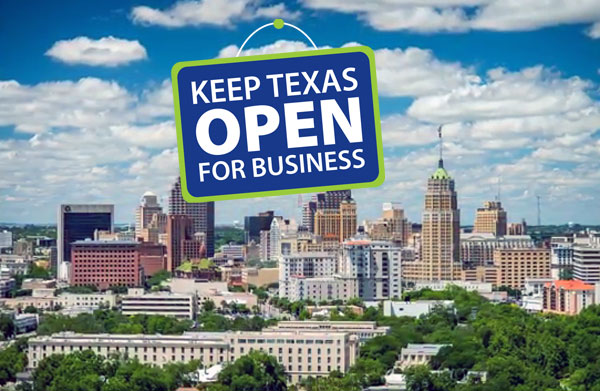 Members of San Antonio’s small business community were on hand on October 25 for a press conference at the Havana Hotel where Equality Texas released a letter signed by over 200 small businesses from across the state voicing their opposition to any legislation which would legalize discrimination against LGBT Texans or visitors to Texas.

According to a press release from Equality Texas, the choice to release the letter in San Antonio was made because the city is the state’s number one tourist destination and home to the $76 million NCAA Final Four in 2018, which the city could lose if discriminatory legislation is enacted.

Last July, the NCAA announced it would require cities which host championship tournaments to explain how they would provide an environment that is safe and free from discrimination. In September, the NCAA yanked seven championship games from North Carolina in protest of laws targeting the transgender community.

There is a particular urgency by pro-equality activists to line up the business community’s opposition against anti-LGBT bills which may be introduced by the state legislature.

Last week,  Lt. Governor Dan Partick announced he would support a “bathroom bill” called the “women’s privacy act” which would prohibit transgender people from using the restroom that matched their gender identity. “Transgender people have obviously been going into the ladies’ room for a long time, and there hasn’t been an issue that I know of,” Patrick said at an event sponsored by the Dallas Regional Chamber of Commerce. “But, if laws are passed by cities and counties and school districts allow men to go into a bathroom because of the way they feel, we will not be able to stop sexual predators from taking advantage of that law, like sexual predators take advantage of the internet . . . We’re not gonna let boys and girls shower together. ”

“It sounds like it will be the lieutenant governor’s social issue of the session. I don’t know that the speaker of the house or the governor have any appetite for it,” Steve Rudner, chairman of Equality Texas, told WFAA-TV. “This is going to be a huge fight, and the way that you know that is that the entire business community has aligned themselves against the lieutenant governor through an effort called Texas Competes.”

Over 1000 companies which do business in the state, including corporate giants like American Airlines, Texas Instruments, Dell and Southwest Airlines, have signed the Texas Competes pledge to make the state more inclusive for LGBT citizens.

In a recent interview with Out In SA, State Senator Jose Menendez said he thought the right partnerships could defeat discriminatory legislation. “Fortunately, I think we have a unique political alliance built to defend against legislation that discriminates against the LGBT community. Business leaders, local elected officials, and Democrats are all united to defeat these bad laws that have no place in Texas.”

“We oppose any Texas legislation – broad or narrow – that would legalize discrimination against any group. That kind of legislation doesn’t just go against our values to be welcoming to everyone, it jeopardizes the businesses we’ve worked so hard to create, and it threatens the jobs and livelihoods of everyday Texans . . . We want Texas to stay open for business for everyone. In 2017, we hope our elected officials will remember the small business community when they go to work,” the small businesses’ letter reads in part.

Below is the list of San Antonio small businesses which signed the Equality Texas letter.

Let’s stop short of using the term promiscuous (I’ll get flack anyway), but it is undeniable that chefs can be...