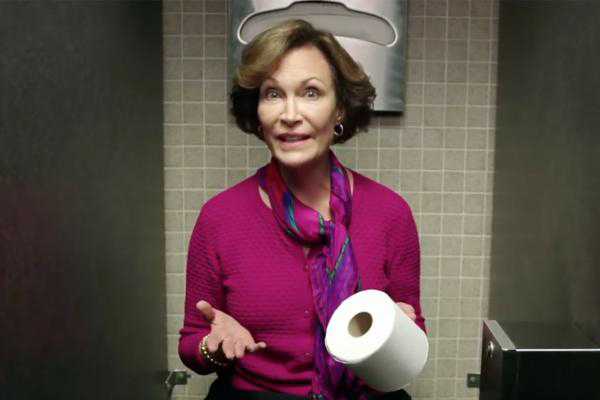 A video capture from director Richard Linklater's ad which he created in association with the ACLU opposing the passage of SB6. Sinclair Broadcast group is holding a town hall in San Antonio to discuss the bill.

A local television broadcaster is sponsoring a town hall discussion about Senate Bill 6, also known as the bathroom bill, which is currently under consideration by the 85th Texas Legislature.

The Sinclair Broadcast group, which own local stations Fox 29, News4 San Antonio and the CW35, is organizing the town hall at the Tobin Center for the Performing Arts on March 9 from 6:30 to 7:30 p.m.

Dubbed the Texas Privacy Act, SB6 bars transgender people from using the bathroom that matches their gender identity and would prohibit local ordinances from protecting trans citizens from discrimination in public accommodations.

The proposed bill incurs criminal and civil consequences for those who do not comply with the law.

SB6 has been a controversial topic in San Antonio because it has to potential affect the city’s ability to attract sporting events. Last year, the NCAA yanked seven championship games from North Carolina in protest of laws targeting the transgender community. If the Texas Legislature passes SB6, it could risk the City of San Antonio losing the NCAA Final Four basketball tournament which it is scheduled to host in 2018.

The event will be broadcast live and will stream on New4SanAntonio.com from 6:30 to 7:30 p.m. All questions to the panelists will come from the audience and from those on social media who are watching on TV or the web.

Community leaders are invited to attend but must RSVP to: [email protected] or by phone at 210-365-2488. Those who attend are advised to arrive by 6 p.m. as seating is on a first-come, first-served basis. Making your voice heard in Austin

The Texas Senate has set Tuesday, March 7 as the hearing date for SB6. Equality Texas is encouraging LGBT activists to testify at the hearing.

“Your voice is the most important tool you have. Speak directly to the members of the committee and tell your story. If you don’t want to speak, you can drop off a card expressing your opposition to SB6,” the agency said in an email.

“The time is now for us to stand up to Lt. Governor Dan Patrick and those who wish to write discrimination into our laws,” the email adds.

Use this link for more information about attending and testifying at hearing for SB6.

Originally published in the San Antonio Current. On Wednesday, March 1, the Texas Supreme Court will hear arguments over a...