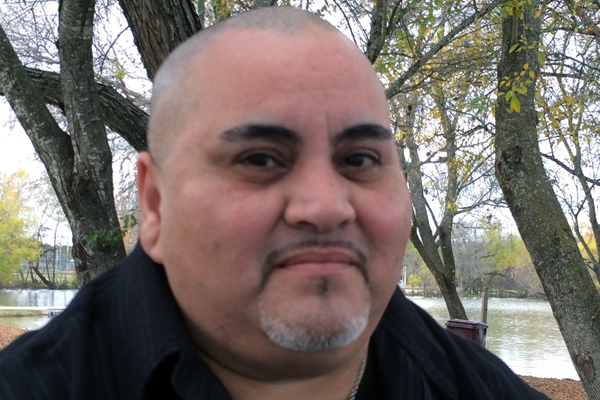 A San Antonio transgender man, who has twice been denied standing to seek child custody and visitation rights by the Fourth Court of Appeals, has taken his case to the Texas Supreme Court, according to a February 18 announcement.

Dino Villarreal helped raise two boys from infancy while in a committed 17-year relationship with Sandra Sandoval, the boys adoptive mother. After the couple split up, Sandoval refused to let Villarreal see the children.

“We always wanted children, like any couple would want children. Sandra had the opportunity to adopt them and so we did and they became my kids just as much as they were her kids. “I regret never having signed any papers saying they would be legally mine. Back then I never thought we would be separated or the kids would be taken away from me,” Villarreal told Out In SA in an interview in January of 2015.

Deanna L. Whitley of the Whitley Law Firm twice brought Villarreal’s case before the Fourth Court. In both instances, the court ruled against him, most recently on January 27, concluding he did not have standing to be named the father of the children.

In Villarreal’s first appearance before District Court Judge Janet Littlejohn in January 2014, Sandoval’s lawyers successfully argued Villarreal did not have standing to be named the father of the children because he is not biologically male and because he had not sought a name change or sex change.

Villarreal filed and secured a name change in time for a second court appearance but the verdict was the same. In an announcement about the Fourth Court’s decision, the Whitley Law Firm said the justices had been split “on this landmark legal issue.”

“In Texas Family Law we have what’s called the General Standing statute for people who have played a significant role in the life of the child,” Whitley told Out In SA after Villarreal’s second court appearance. “We pled all of that for Dino. Additionally, we asked he be adjudicated as the father because there’s a huge difference in the law in being a parent versus a non-parent.”

Villarreal’s case is now pending before the Texas Supreme Court which has been asked to review the lower court’s decision.

Losing contact with the boys and the end of his relationship with Sandoval has taken a toll on Villarreal. He says she told her family she left him because of his gender identity.

“From the beginning I told her who I was and she was OK with it,” he told Out In SA. “We continued to have our relationship and lived as husband and wife for 17 years. Through those years we raised our kids together and did everything that a married couples would do — buy a house, buy vehicles. We were always introduced as husband and wife and I was always introduced as father to my children.”

“It was OK for 17 years for her to be with me the way I am,” he said.  “Now she wants to take my children from me because I’m not good enough to be their father. Doesn’t she know she’s hurting them as much as she’s hurting me?”

Even after he had broken off with Sandoval, Villarreal continued seeing the boys taking them to school every day and caring for them in the family home. “In November 2013 she decided she was no longer going to let me see my kids,” Villarreal recalled. “She never told me, she told a family member to tell me.”

SA2020, Contemporary Art Month (CAM), the Guadalupe Cultural Arts Center (CAM) and the city's Office of Diversity and Inclusion are...