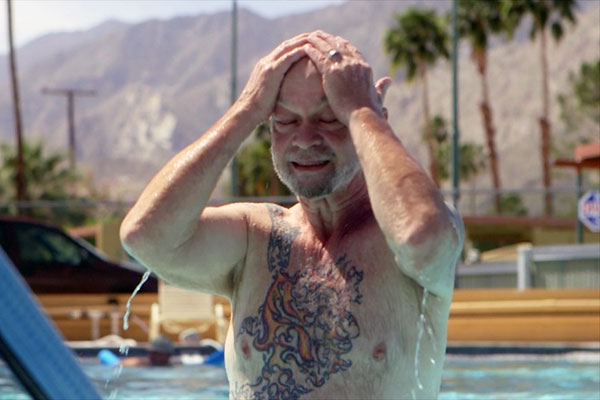 The documentary "Desert Migration" tells the story of 13 gay men who are long-term HIV survivors living in Palm Springs, California. The film will be screened by the San Antonio AIDS Foundation on June 23 at the Bijou Cinema Bistro. (Courtesy photo)

This year marks the 35th anniversary of the first reported cases of AIDS.

On Thursday June 23, the San Antonio AIDS Foundation will host the first Texas community screening of Desert Migration at the Bijou Cinema Bistro in the Wonderland of the Americas mall.

Directed by Daniel F. Cardone, the film tells the stories of 13 gay men, each long-term HIV survivors who sought refuge in Palm Springs, California in the mid-1990s. Known for its hospitable weather and friendly residents, the desert community became a safe haven where the men could begin to rebuild their lives.

While plenty of attention has been geared towards the initial AIDS epidemic, Desert Migration offers a rare look into the lives of long-term survivors who struggle with complications such as insomnia, depression, kidney failure, and cognitive disorders.

A reception with appetizers and cash bar will precede the screening.

After the film, SAAF CEO Cynthia Nelson will moderate a panel discussion with the film’s director Daniel F. Cardone; Dr. Barbara Saatkamp Taylor, a local HIV researcher and physician; and three long-term survivors of HIV/AIDS who live in San Antonio.

Support for the screening has been provided by Texas Public Radio.

Mayor Jeered by Protesters at Vigil

San Antonio Mayor Ivy R. Taylor was jeered by about a dozen protestors while she gave the opening prayer at...