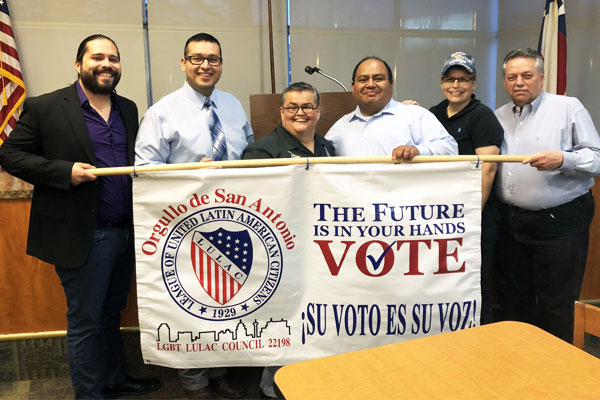 Since it’s founding, Orgullo has been active in the city’s LGBT and Latino communities.

LULAC (League of United Latin American Citizens) was founded in 1929 to promote civil rights for Hispanics living in the United States. Membership comes from every state in the union with over 1000 councils nationwide. The organization sponsors voter registration drives, citizenship awareness sessions, sponsors health fairs and tutorial programs, and raises funds for scholarships.

Congressman Lloyd Doggett sent the group a letter of congratulations after they won the awards, saying, “Orgullo de San Antonio has worked to facilitate an open line of communication between the LGBTQ and the Latino/Hispanic community. This council works to bridge these communities through education and increased awareness of current issues involving civil and human rights.”

Fifteen San Antonio citizens have been named to Mayor Ron Nirenberg's LGBTQ Advisory Committee. The finalists were chosen from almost...