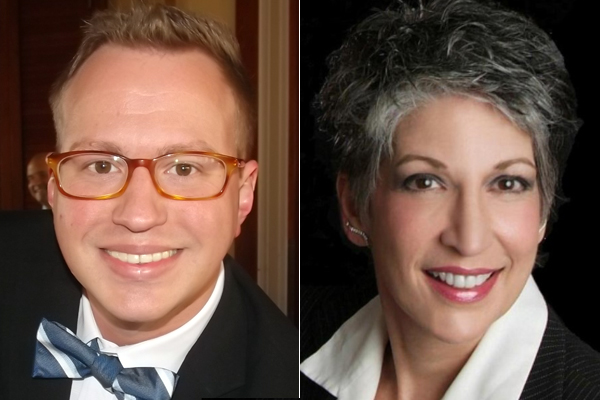 The Stonewall Democrats of San Antonio elected a new slate of officers at their monthly meeting on Monday, January 16.

Heading up the board of directors will be new co-chairs Ellen Stephens and Chris Forbrich. Carolee Moore, a former co-chair, will now serve as secretary.

Other board members are: Vincent Enriquez, Dee Villarrubia and Sharon Stitt-Guild who will act as membership director. The position of treasurer remains vacant and Forbrich will assume those duties as well until a replacement can be selected.

Stephens is a realtor at Keller Williams and a former television personality who worked at KENS-TV. In a bid to encourage literacy for children, she has authored, “The Gift of Yourself: Reading Aloud to Children,” as a resource for parents, teachers and students.

Stephens told Out In SA she joined Stonewall because it is the most vital of all the Democratic clubs in San Antonio.

Forbrich has been a Stonewall member for 13 years, most recently serving as treasurer. He has been active in local politics, having run twice for City Council and once for Bexar County Clerk. He previously served as the secretary of the Bexar County Democratic Party. For the past 10 years, he has owned the information technology company Forbrich & Associates, LLC.

Stephens and Forbrich are hoping to invigorate Stonewall through social outreach and by streamlining the organization’s structure by having just two committees, a People Committee and a Political Committee.

Membership fees will be raised and fundraising will be stepped up in order to help sustain Stonewall’s goals. Forbrich says the group’s annual awards banquet will be scaled back to take place only in years with partisan elections.

Forbrich also says there will be an increased focus on attracting new members. At the height of its popularity the group had nearly 200 dues-paying  members. Today, that number is down by more than half with an average meeting often attracting fewer than 40 people.

Stonewall’s most popular events, their candidate endorsement forums, will continue to be held with the next slated to occur prior to the May 6 municipal election. At last year’s forum before the March primary, over 50 candidates came seeking the group’s endorsement.