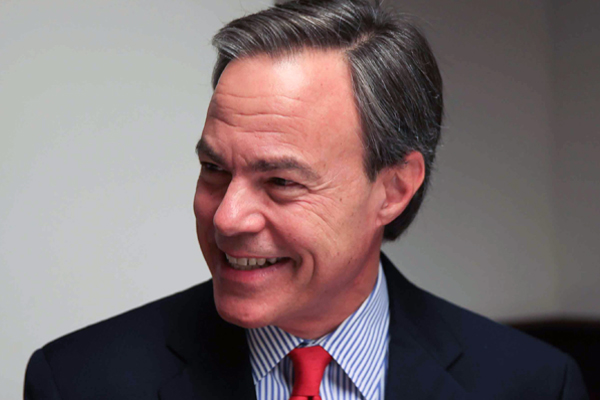 Addressing the Texas Association of Business conference on January 18, Texas House Speaker Joe Straus said lawmakers should consider the economic consequences to the state if a proposed bathroom bill (SB6) is passed by the legislature.

“There’s been a lot of work put into our state’s economic success. We want to continue that success, and we want Texas to keep attracting the best and the brightest. One way to maintain our edge is to send the right signals about who we are,” Straus told the TAB.

In November, Straus, who represents San Antonio’s District 121, said a transgender bathroom bill “isn’t the most urgent concern of mine,” adding that “if it creates a situation as North Carolina went through my enthusiasm level would not be high for that.”

Last year, the NCAA yanked seven championship games from North Carolina in protest of laws targeting the transgender community. If the Texas Legislature passes SB6, it could risk the City of San Antonio losing the NCAA Final Four basketball tournament which it is scheduled to host in 2018.

“Many people where I come from get concerned about anything that can slow down our overall job-creating machine,” Straus told the TAB membership. “If you are concerned — I know many of you are — now is the time to speak up.”

On the day before Straus spoke at the TAB conference, Attorney General Ken Paxton addressed the group in support of the bill, which has been championed by Lt. Governor Dan Patrick.

Paxton insisted SB6 would have a narrow focus. “What I looked at was one, it doesn’t apply to businesses from what I can tell, it also doesn’t apply to entities that are leasing government facilities. It only applies to public schools and it also applies to government buildings,” he said in his remarks to the TAB.

For its part, the TAB has said it opposes the bathroom bill and any “legislation that is seen as discriminatory and would impact workforce recruitment and/or cause a negative economic impact on the state.” Last December, the group released a study that estimated a bathroom bill could cost the state up to $8.5 billion and the loss of more than 185,000 jobs.

Wayne Holtz Jumps into the Spotlight