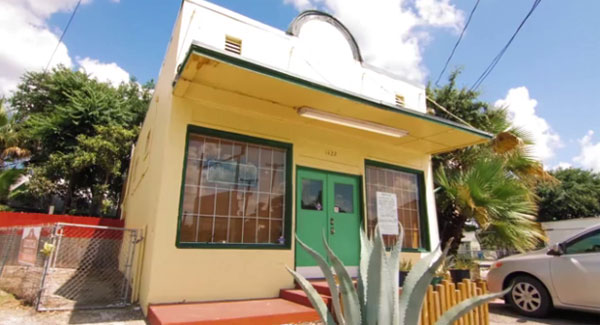 Viva Vegeria! is located located at 1422 Nogalitos, about a block north of the new two-story H-E-B and the Collins Garden Library. (Courtesy photo)

The restaurant first opened in 2011 at 8407 Broadway near Loop 410 under the name Vegeria. The eatery was a success with menu items like vegetable enchiladas, veggie nachos, gluten-free baked goods and a full bar.

In a 2012 review in the San Antonio Current, Lauren A. Silva wrote, “Gone are the days when vegans must pass up on tacos and enchiladas and delectable desserts — they just have to drive to the far end of Broadway at Loop 410. But once they get there, Vegeria allows those with special diets to enjoy all the comforting fare this city has to offer.” In 2015, a second restaurant, Viva Vegeria, was opened on the near Southside at 1422 Nogalitos in the Collins Garden neighborhood. At the time of the opening, chef and Vegeria owner Fred Anthony Garza said he aimed, “to feed the masses and educate the city on issues like cultural preservation through food, healthy eating, urban gardening, farm-to-table movement, and organic seasonal farming.”

Garza says his menus are inspired by recipes from his grandmother which he says have “legacy and love” and he wants to share them with a new generation.

The original Vegeria closed its doors earlier this year. At the time, Garza said, “We have accomplished more then I could have ever imagined within our small space on Broadway. We celebrate these accomplishments today as we announce that January 30, 2016 will be our last day of operation at our Broadway location.” “This weekend we’re celebrating our 5th anniversary at Vegeria,” Garza said in a statement. “It’s been an amazing five years with ups and downs. I’ve learned so much. Its been a hard and long path since 2011 from our Broadway location to our Nogalitos location. Now it’s time to celebrate!”

The Viva Vegeria celebration will include special menu items, local beer, a wine tasting, an art exhibit, entertainment and vendors.

For Garza, the milestone is personal. “If we don’t keep cooking the food of our ancestors no one will. If we want our children and grandchildren to know what real Tex-Mex food is we must keep creating it, sharing it and serving it, and letting it evolve. We must be proud of our food and culture,” he says.

Following is the schedule for the Viva Vegeria anniversary celebration.

Over 40 classical musicians will participate in an August 13 concert at the University of the Incarnate Word Concert Hall...