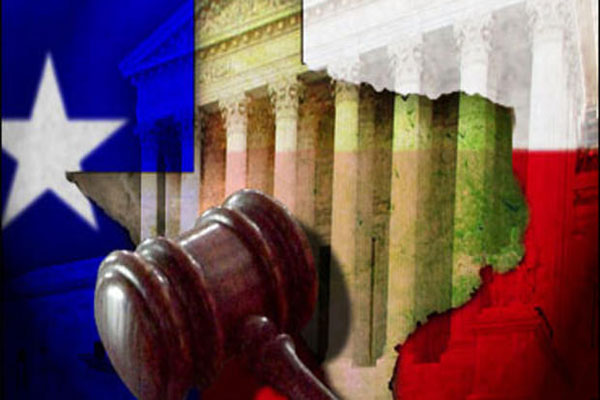 The Houston Press is reporting that a Houston judge who was formerly a Republican announced he is now a Democrat, a decision he says he came to after presiding at a same-sex wedding in January.

Judge Terry Jennings, who has served as a Republican on Houston’s First Court of Appeals since 2000, announced on October 8 he will become a Democrat.

“The Republican party has chosen a dark path I cannot take,” Jennings said in a statement. “Today in the Republican party, ‘cult of personality’ reigns. Principles and facts count for nothing. There is no truth.”

According to the Houston Press, Jennings had been thinking about switching political parties for some time. However, when he was criticized after performing the same-sex nuptial, his decision became easier. “That’s when I started thinking, Well maybe I’m not in the right party then,” he told the newspaper. Jennings made his announcement at the Harris County Democratic Party’s Johnson, Rayburn and Richards fundraising dinner, one of the largest gatherings of Democrats in Texas. After his speech at the event, Jennings received a standing ovation.

In his remarks, Jennings explained his motivation for switching political parties:

“My values and principles have not changed since 2000, but those of the Republican party have.

Over the years, I have watched this great nation, in all its diversity, grow richer and stronger. In 2008, I was excited when we elected our first black president. Too many Republicans were not. As the father of two daughters, and the son of a woman born before the ratification of the 19th Amendment, I am equally excited that we are about to elect our first woman president.  Too many Republicans are not. I appreciate and embrace that we are a nation of immigrants, of individuals of many different faiths and ethnicities — all one people under our Constitution — all of whom are guaranteed equal protection under the law. Too many Republicans do not.

… As President Reagan’s son, Michael Reagan, recently tweeted, “If this is what the Republican party wants, leave us Reagans out. Nancy would vote for HRC.” Leave me out, too.  Because today, the Democratic party — and the Democratic party alone  — presents our country with a positive and optimistic vision for the future of all Americans, not just a select few.”

Jennings is a native of San Antonio who graduated in 1982 from the University of Texas at Austin, where he received his Bachelor of Arts degree in government. He earned his Doctor of Jurisprudence in 1988 at the University of Houston’s Law Center. In 2011, the Houston Press named him “Houston’s Best Appellate Judge.”

In the documentary Coming Out, filmmaker Alden Peters turns the camera on himself as he reveals to his family and...