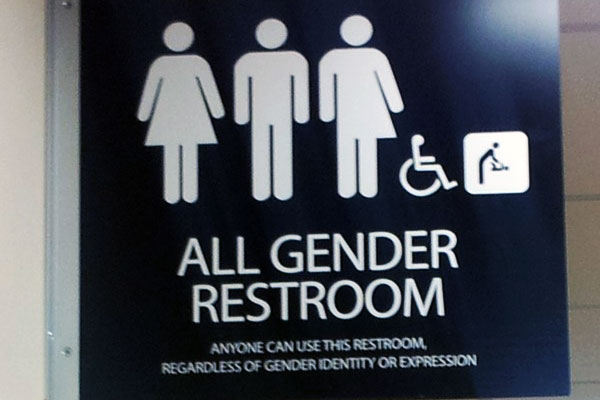 A federal judge in Fort Worth ruled late Sunday that conservative states that oppose allowing trans kids in public schools to use the bathroom that corresponds with their gender identity won’t face punishment for maintaining the status quo.

U.S. District Judge Reed O’Connor issued a nationwide injunction stopping the U.S. Department of Education and Department of Justice from enforcing a rule requiring school districts around the country to let transgender students use the restroom that corresponds with their gender identity or risk losing education dollars for violating Title IX, which prohibits discrimination based on sex in federally funded education programs. O’Conner also ruled that the federal government did not follow administrative rules that require public notice and commenting periods in addition to saying that when Congress passed Title IX, the word “sex” meant the anatomical differences between men and women and that it does not encompass gender identity.

The injunction will remain in effect until O’Conner makes a ruling on the merits of the case, which, as his order notes, is likely to be against the federal directive to school districts, which was a requirement in issuing the injunction. However, the Department of Education and Department of Justice do have the option to appeal the injunction to a federal appeals court, American Civil Liberties Union lawyer Joshua Block said on Twitter.

In May, President Barack Obama’s administration released the federal directive after North Carolina passed a law that required everyone in the state to use the bathroom that corresponds with the gender listed on their birth certificate, including in schools. The DOJ sued North Carolina over the law on May 9, arguing it violates federal law. Four days later, the administration released the now endangered directive to school districts across the country. By the end of the month, Texas Attorney General Ken Paxton sued the feds over the directive on behalf of 13 states.

Paxton, who later filed the request for the injunction, which was riddled with harmful misnomers about transgender people, like how allowing trans kids to use the bathroom that corresponds with their gender identity would make it easier for sexual predators to rape or molest children, praised the order. “This president is attempting to rewrite the laws enacted by the elected representatives of the people, and is threatening to take away federal funding from schools to force them to conform,” Paxton said in a statement. “That cannot be allowed to continue, which is why we took action to protect States and School Districts, who are charged under state law to establish a safe and disciplined environment conducive to student learning.”

Advocates with five civil rights organizations that filed briefs in support of the federal directive to school districts called O’Conner’s ruling premature. “A ruling by a single judge in one circuit cannot and does not undo the years of clear legal precedent nationwide establishing that transgender students have the right to go to school without being singled out for discrimination. This unfortunate and premature ruling may, however, confuse school districts that are simply trying to support their students, including their transgender students,” the ACLU, Lambda Legal, the National Center for Lesbian Rights, the Transgender Law Center and GLBTQ Legal Advocates & Defenders, or GLAD, said in a joint statement.

The civil rights organizations also vow to continue representing transgender people and using the federal government’s Title IX interpretations that include gender identity in the scope of federal discrimination laws. “We will continue to file lawsuits representing transgender students and litigate them to the fullest extent of the law — regardless of what happens with this particular federal guidance.” They also criticized O’Conner’s ruling, saying “the court’s misguided decision targets a small, vulnerable group of young people — transgender elementary and high school students — for potential continued harassment, stigma and abuse.”

San Antonio civic leaders are concerned the 2017 session of the state legislature could enact new anti-LGBT laws which would...