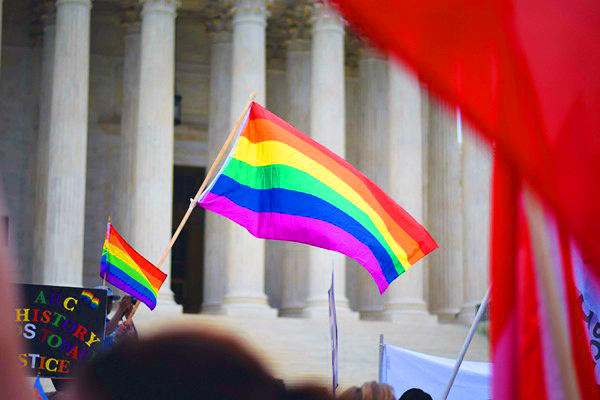 On Friday, the Texas Supreme Court changed its mind about hearing a case threatening the rights of married gay couples in the state.

The case, brought against the City of Houston by anti-LGBT lobbyists, would specifically block same-sex spouses of government employees from receiving any health benefits (benefits that all Houston city staffers’ spouses currently have). These opponents think it’s unfair that Texans with anti-LGBT religious beliefs would have to “subsidize same-sex marriage.”

The state Supreme Court initially rejected this case in September. But now, after Texas’ top three elected officials filed a brief in support of the discriminatory move, the all-Republican court decided to give it a second chance. Oral arguments will kick off March 1.

This decision — the highest court in Texas choosing to take on a case that directly challenges a recent U.S. Supreme Court ruling (Obergefell v. Hodge) — is significant. But it’s only the latest in a concerted push from the state’s contingent of far-right conservatives to outlaw LGBT Texans.

Two lobbyists, Jonathan Saenz and Jared Woodfill, have been leading this fight. Saenz, president of conservative Christian group Texas Values, has led efforts in the past to ban gay men from leading Boy Scout troops and believes legalizing gay marriage will encourage inbreeding. Woodfill heads the Conservative Republicans of Texas, a staunchly anti-LGBT organization listed as a hate group by the Southern Poverty Law Center.

Woodfill led the 2015 crusade to reverse Houston’s equal rights ordinance — insisting that allowing trans women to use women’s restrooms will threaten the safety of women and children. Sound familiar? That’s also the argument Lieutenant Gov. Dan Patrick is using to sell his so-called “Privacy Act,” an anti-trans bill filed earlier this month. If passed, the act would make it illegal for a trans person to use a public restroom that matches their gender identity, and would also ban cities from enacting anti-discrimination laws like Houston’s.

Now Woodfill and Saenz will have the chance argue against the rights of Texans to access spousal health benefits in the state’s highest civil court, using the flimsy argument that it’ll cost the state too much money to cover all those gay couples. Woodfill and Saenz also question the constitutionality of the landmark 2015 Obergefell ruling legalizing gay marriage, because there’s no explicit line saying gay couples are allowed spousal healthcare benefits. Somehow, they argue, allowing gay couples to access health benefits would also somehow go against Texans’ “religious freedoms.”

And it seems the Texas Supreme Court believes it’s an argument worth its day in court.