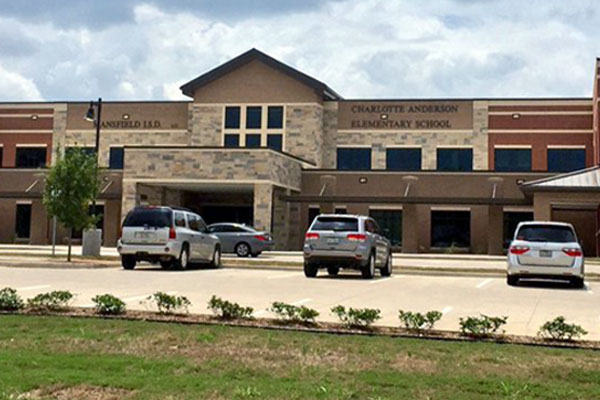 A teacher from Arlington, Texas was put on administrative leave with pay after she sought to open a discussion about adding LGBT protections to the Mansfield Independent School District’s nondiscrimination policy.

Stacy Bailey has been an art teacher at Charlotte Anderson Elementary School in Arlington for the past 10 years and is a former teacher of the year. Last August, she contacted assistant district superintendent David Wright and some school board members saying she wanted to begin “a conversation” about amending the district’s policy.

“I’ve researched other Texas district policies. San Antonio, Dallas, and Austin have all added: ‘sexual orientation, gender identity, and gender expression’ to their non-discriminatory language,” Bailey said in her memo. “I think it is important that MISD starts movement towards progress now. We have many LGBTQ teachers, students, and families in this district. We deserve the right to feel protected by our district.” Bailey also contacted counselors at a high school in the district seeking to know if that school had a gay-straight alliance. “I’m doing some research on how/if MISD high school campuses supply support to their LGBTQ students,” she said in her email.

Bailey’s efforts were cut short on September 8 when associate superintendent Kimberly Cantu sent Bailey a letter notifying her she was being put on administrative leave with pay while the district conducted an investigation. No reason was given as to why this action was being taken.

Since the day the suspension went into effect, Bailey has been prohibited from contacting any students, colleagues or parents and is banned from school premises. She has also declined to speak publicly.

However, her lawyer said in an email to the Dallas Morning News, “I can say . . . that her record in MISD has been exemplary. She has touched many lives through her passion for teaching and for her students. I believe it is a great disservice to the children of Charlotte Anderson Elementary that they’ve been without their art teacher for the majority of this year. Stacy appreciates the community’s support.”

On February 28, a group of about 40 parents and students attended a school board meeting to speak out in support of Bailey. “She brings diversity to this classroom that is lacking in so many schools and in so many districts today. She accepts my child for who she is and she loves her for it. I’m perplexed how this person who everyone seems to adore can be kept from our children,” one mother told the board.

For their part, district officials have remained mum, saying only that even though the district’s nondiscrimination policy contains no language specifying LGBT protections, it “covers all employees, including the LGBT community.”

LGBT activists are planning to protest after a local judge ruled that the actions of a man who pushed a...