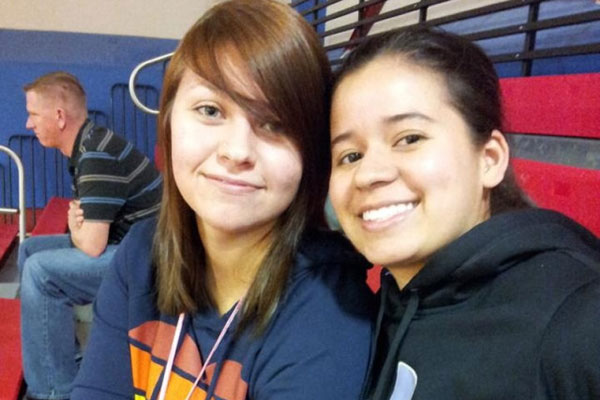 The trial for the man accused of raping and shooting Mollie Judith Olgin and Kristene Chapa began in San Patricio County on September 19.

The trial has begun in San Patricio County, Texas for a man accused of raping and shooting a teenage lesbian couple in 2012 in a park near Corpus Christi.

David Malcom Strickland of Helotes is accused of sexually assaulting Mollie Judith Olgin (who was 19 at the time) and Kristene Chapa (who was 18 at the time) prior to shooting them in the head and them leaving them for dead in Violet Andrews Park overlooking Corpus Christi Bay in Portland, Texas.

According to media reports, the two women were approached at gunpoint, lead down to a grassy area in the park, assaulted, and then bound and shot execution execution. Chapa survived the shooting but suffered a brain injury. Olgin died from her injuries.

It took two years for law enforcement officials to identify and track Strickland down to his apartment in Helotes where he was arrested. He faces charges of capital murder, aggravated sexual assault and aggravated assault with a weapon. His wife, Laura Strickland was arrested with him and charged with fabricating evidence and tampering with evidence. Those charges were later dismissed. At the time of Strickland’s arrest in 2014, Robert R. Almonte, the United States Marshal for the Western District of Texas said, “I am thrilled that the collaborative efforts of the Lone Star Fugitive Task Force, Texas Rangers, and Portland Police Department resulted in Strickland’s arrest. He’s a stone cold killer who thought he got away with murder, but will finally pay for his crime. My sympathies and condolences go to the victims and their families who had to endure this wicked act of violence.”

The case is not being tried as a hate crime because police say the couple’s sexual orientation did not appear to be a motive.

“You’re looking for somebody who is is fair and impartial, and will decide the case based on what they hear in the courtroom. That sometimes is a very difficult thing to do,” Valdez said. “You may have people on the jury who are against same-sex relationships and not tell the lawyers during jury selection. That also could have a huge affect on the trial.”

According to the Corpus Christi Caller, “Strickland, who has maintained his innocence since he was arrested in 2014, loudly declared he is ‘absolutely not guilty,’ of capital murder and other charges at the start of trial.”

As part of this year’s Fotoseptiembre, Ruiz-Healy Art will present “A Lens to See,” a solo exhibition of photography by Graciela...