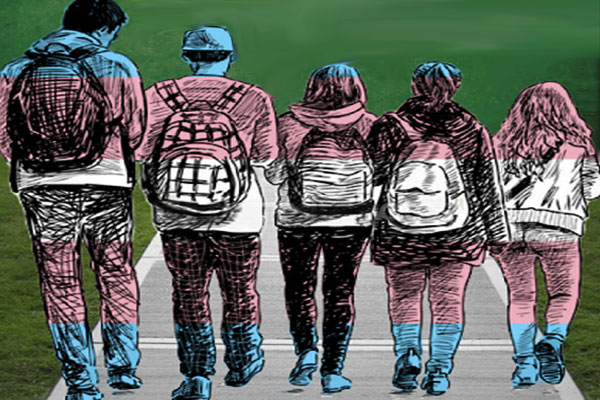 With the new school year just around the corner, the Esperanza Peace and Justice Center is hosting a workshop on how to navigate possible school-related problems when you are the parent of a trans child.

The workshop, Son Tus Niños También: Trans Kids Back To School, will address the legal rights of trans children and their parents and examine the best practices for teachers and administrators when interacting with trans kids.

The topics to be discussed include some which have made headlines in recent months. Last May, Texas Lt. Governor Dan Patrick proclaimed “this fight is just beginning,” and said he would encourage every public school in Texas to ignore guidelines from the Obama administration which say schools should allow trans students to use bathrooms which match their gender identities.

According to a report in the San Antonio Current, “It isn’t empty rhetoric. In the next legislative session in January, Patrick will likely propose a bill like one passed in North Carolina (which may go before the Supreme Court) that bars transgender people from using the bathroom that matches their gender identity. Passing such ‘bathroom bills’ in the name of common decency and safety has become a popular conservative cause in the wake of the Supreme Court’s ruling on same-sex marriage last summer.”

Besides the bathroom issue, there are a variety of other challenges faced by trans school children including acceptance by their extended family and their classmates, and how these kids respond to other external pressures like bullying.

The speakers for the workshop at the Esperanza Center will include school administrators, counselors and legal experts.

Guest speaker for the workshop is former City Councilwoman Patti Radle, who is now president of the board of trustees of San Antonio Independent School District.

There will also be a panel of parents who will discuss their experiences raising a transgender child.  The parent panelists are Elinor Goodwin, Dustin Metzler, Marlo Bearden, Belinda Trevino and Lorie Ann Castillo.

Son Tus Niños También: Trans Kids Back To School, August 13, 2016 at 6 p.m. at the Esperanza Peace and Justice Center, 922 San Pedro Ave. Free and open to the public. The workshop is part of the Esperanza’s Queer Corazones Series. For more information: [email protected]

After working seven years at a marketing and research firm in Dallas, Robert L. Camina was finally ready to pursue...