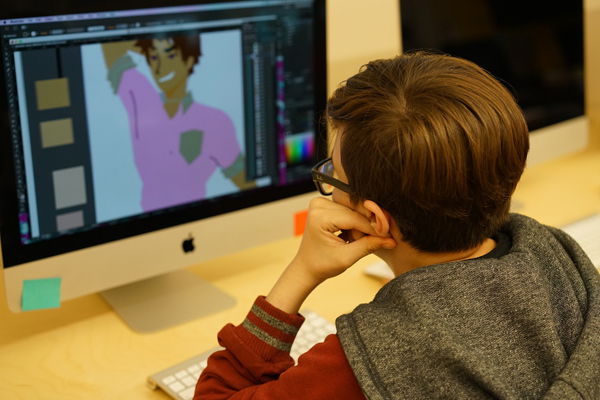 A group of 14-to-18-year-old designers from San Antonio have created a role-playing video game whose superhuman characters represent people of all body types, gender identities and sexual orientations.

The game, Date Me Super Senpai, which will be showcased this weekend at the PAX South conference in San Antonio, was created by 12 high school students enrolled in SAY Sí‘s HIVE (Home for Innovation & Video Ecology) New Media program. The young game designers worked collaboratively for over six months to create Date Me Super Senpai, which is described as “an open-world, RPG set in a high school for superhumans, where players can explore the school and make different choices affecting who they can date and how they are perceived by other characters.” The game is still in development stages.

Date Me Super Senpai‘s inclusive quality gives players an experience that is not limited by their real or perceived differences. A press release explains, “This means that any player can feel represented as they try to survive the stresses of school and find love in this simulated world.”

Date Me Super Senpai will be showcased at PAX South’s San Antonio Game Devs booth alongside other local developers. Thanks to the efforts of game designer and SAY Sí teaching artist Rick Stemm, developers from Northwest Vista College, Trinity University, the Art Institute of San Antonio and Blue Star’s MOSAIC Student Artist Program will be featured at the booth as well.

The PAX (Penny Arcade Expos) are held annually in Bellevue, Wash., Seattle, Boston and San Antonio. This year’s PAX South is slated for January 27 through 29 at the Henry B. Gonzalez Convention Center.

“It is an honor for SAY Sí’s high school game designers to participate in the PAX conference for the first time this year,” Jon Hinojosa, SAY Sí’s artistic and executive director, told the Rivard Report. “They … [developed] a gaming experience that is unique and progressive. To be showcased on such a platform not only reinforces their hard work as legitimate and valued, it also binds them to the growing creative community of designers here in San Antonio.”

After the conference, the SAY Sí’ designers will finalize the game with a full release planned for this summer.

In the 1990's Ty Herndon was country music royalty. After signing with Epic Records in 1995, his accomplishments included the...