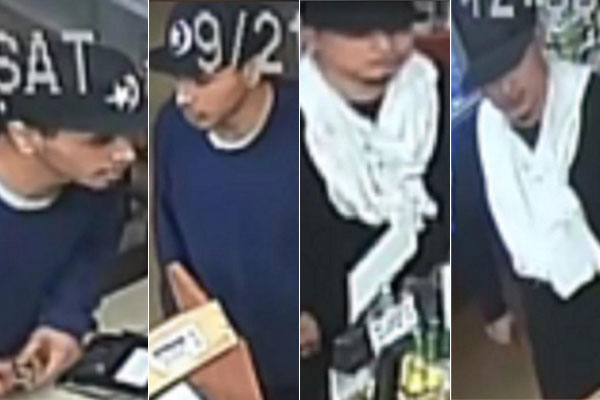 Police are seeking to identify the two men (shown above) who beat and robbed a man during a sexual hookup. (Photos: SA Crime Stoppers)

Police are asking the public’s assistance in identifying two male suspects who beat up a man during what was supposed to be a sexual encounter and took his ATM card, withdrew money and made purchases.

The incident occurred on Sunday, February 18 in the 100 block of Southwest Military Drive near South Flores Street. Police say the victim had arranged to meet a man for a sexual hookup at the location. When he arrived at the meeting place, the man got into the car with the victim.

A short time later, another man approached the car. The man inside the car pulled a knife on the victim and forced him to let the second man into the vehicle.

Once the second man got inside the car, the victim was punched in the face and pinned down at knifepoint in the back seat. He was forced to surrender his ATM card and the PIN number.

Crime Stoppers is offering up to a $5,000 reward for information that leads to an arrest of the two assailants who are described as Hispanic, about 5 ft. 8 in. tall, and between 18 to 25 years of age with brown hair and eyes.

To contact Crime Stoppers call 210-224-7867 or submit a tip online at SACrimeStoppers.com. Reference Case Number SAPD-18034706. To be eligible for a reward, tips must be submitted directly to Crime Stoppers.