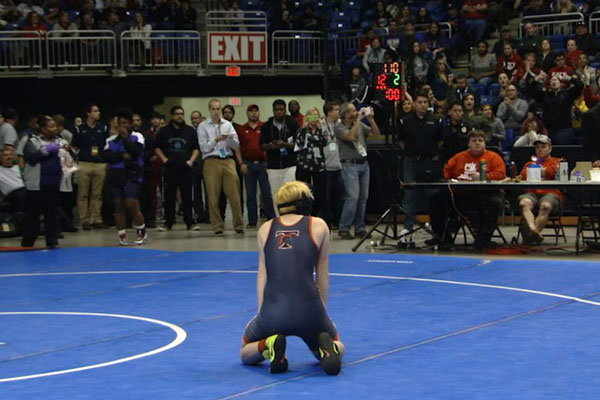 A short documentary film about a transgender boy on the wrestling team at Trinity High School in Euless, Texas had its world premier on March 8 at the South by Southwest Conference and Festival in Austin.

The film, Mack Wrestles, which was produced by ESPN Films, tells the story of Mack Beggs, who in 2017 and 2018 won the state UIL regional title in his bouts against girls. His victories prompted opponents to say he had an unfair advantage because he was taking testosterone. One competitor went so far as to sue Beggs but a Travis County judge dismissed the suit.

When Beggs won his second state title in 2018 he was booed by the crowd. “I wanted to come out on top, and in my heart–I feel like a champion,” Beggs told USA Today Sports at the time.

Beggs always maintained he should have been able to compete with boys but the rules don’t permit that option. UIL policy requires student athletes, regardless of gender identity, to compete as the gender listed on their birth certificate. In the film, Beggs tells his father he feels like he did not deserve the championship title because he was competing against girls.

“Mack is a teenager who has been pulled into something so much bigger,” Erin Sanger, who co-directed the film with Taylor Hess, told the Daily Dot. “It’s a reflection of what’s going on our country right now and how it’s having a serious impact on kids.” 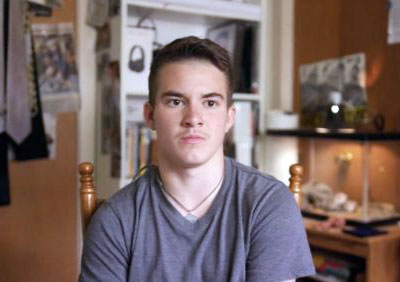 Beggs became an outspoken advocate for transgender rights, recording a 2017 voice-over that pushed back on the anti-trans bathroom bills being debated during the state legislature’s Special Legislative Session at the time.

In the public service video produced by Athlete Ally, Beggs says, “Transgender athletes are not cheating. They’re not choosing. We belong. We deserve the same rights and protections as everyone else . . . If you’re a legislator thinking of passing a bill that denies who we are and makes people fear us, stop. We exist and so do our rights.”

That same year, Beggs was a Grand Marshal for San Antonio’s Pride Bigger than Texas Parade.

After graduating from high school, Beggs qualified for the USA Men’s National Team but had to drop out because the practice schedule conflicted with his personal commitments. He is currently attending Life University in Marietta, Georgia where he’s on the men’s wrestling team.

In a review of the film for Shuffle Online, Jackie Ruth writes, “Whether or not you’re interested in sports, Mack Wrestles is a must-see short that showcases humanity at its worst and at its best. Mack is the sympathetic figure at the center of it all, and you’ll find yourself rooting for him in school, in wrestling and in life.”

Originally published in the San Antonio Current. I’m sitting across from Roberto C. Treviño in his office, its walls full...