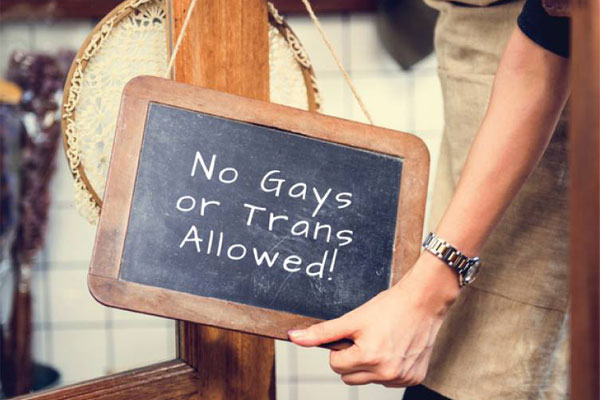 Last June, in a 7-2 decision, the Supreme Court of the United States ruled in favor of the owner of the Masterpiece Cakeshop in Colorado, absolving him from legal liability for refusing to sell a wedding cake to a gay couple because it went against his religious beliefs.

While many legal experts have maintained the ruling did not represent a sweeping exemption from anti-disrimination laws, many in the LGBT community worry it could lead to more discrimination based on perceived hostility to religion.

The Masterpiece ruling has prompted the Texas Freedom Network, Equality Texas and Americans United to conduct a series of town halls across the state during which they address the fallout of the Supreme Court’s decision. The San Antonio town hall, to held in conjunction with the First Unitarian Universalist Church Rainbow Inclusion Committee, is slated for Wednesday, July 18.

In Texas, Republicans in the 85th session of the Texas Legislature pushed a over a dozen religious refusal bills which would have codified anti-LGBT discrimination into state law.

One law that passed was House Bill 3859 which allows religious welfare agencies to deny adoptions and other services to LGBT people. The law prompted California to block state-funded travel to Texas. Add to this the chilling effect of the Masterpiece ruling and it’s no wonder LGBT Texans are left to wonder if it’s open season for discrimination.

The announcement for the town hall lists the following topics of discussion:

Chuck Smith, executive director of Equality Texas, made the case against discrimination after the Supreme Court’s decision was announced. In a statement he said in part:

“While the Court’s decision does not create a new license to discriminate, it also does not address the discrimination that millions of Americans and Texans still face. Texas law does not explicitly protect LGBTQ Texans from discrimination in stores and restaurants, in the workplace, or in access to housing. . . It’s time for our nation’s laws to catch up to our nation’s values and protect all Americans from discrimination. No one should be fired from their job, denied a place to live, or turned away from a business simply because of who they are.”